By Cihan Cobanoglu, Ph.D., CHTP - 03/01/2012
Get great content like this right in your inbox.
Subscribe
By now, there can be no question about the power of social networking sites and consumer generated content. For years, word of mouth (WOM) has been known as one of the most trusted and reliable information sources for products and services. The advent of social media and consumer review sites has taken WOM to the next level, where a review can be shared with thousands of consumers in seconds. Similarly, social networking sites have become high-functioning media where electronic WOM (eWOM) can happen instantly.

Restaurant and lodging technology studies show that having a presence in social media and scanning “chatter” is extremely important and beneficial for operators. In the context of hospitality, pictures of a dish at a restaurant, beauty shots of the hotel lobby, pool, or rooms, along with some comments about the property, staff, or service, are common marketing devices.

For this reason, researchers at the University of Florida and University of South Florida conducted an online survey of more than 1,000 hotel guests to investigate the concept of using social networking sites as a hotel distribution channel. The goal was to understand the factors influencing hotel distribution via social networking sites and guests’ adoption of this approach.

Browsing to booking with Facebook
The most popular distribution channel is the hotel's website, followed by online travel agencies. Even though the majority of respondents indicated that they never use Facebook (78.3%) and other social networking sites (85.9%) for hotel information searches, the rest of the participants reported using these tools infrequently for hotel information searches. In the case of Facebook, this means that about 21% used Facebook to search for hotel information at least once. Moreover, the results indicate that some of those surveyed have already used Facebook to book a hotel room (13.8%).

The survey results do demonstrate, however, that there is an emerging potential for Facebook and other social networking sites as a distribution channel for hotels. The fact that travelers have started adopting Facebook as a source for hotel information confirms the importance of this channel for distribution and also supports the necessity of research studies to further investigate the potential of Facebook in the hospitality industry.

Trust was found to be one of the most influential factors when choosing Facebook as a search engine. This suggests that consumers need to be sure of the quality and reliability of information provided on social networking sites regarding hotels. The results showed that Facebook may become an influential source as well as a distribution channel for hotels.

From a managerial perspective, the study reveals that Facebook is a revenue-driving tool. The findings confirm that some travelers have already used Facebook for trip planning purposes. Moreover, the results suggest that the use of Facebook will lead to word-of-mouth recommendations. Based on the results of this study, hotel managers may justify the need for a Facebook presence and the investment of resources into page maintenance. Moreover, customers using Facebook for travel planning may validate the effectiveness of marketing campaigns run via Facebook. 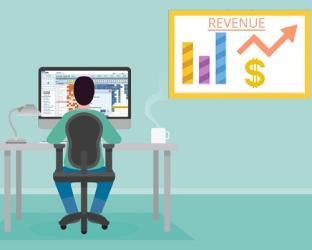 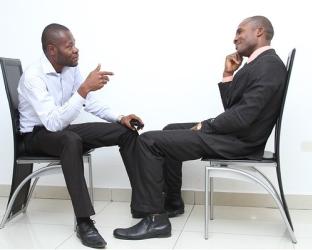