10/29/2013
Get great content like this right in your inbox.
Subscribe
Online travel agencies have long made it easy to compare hotel room prices. Now, using online review sites like TripAdvisor, consumers are gauging value, too. New research from SAS and The Pennsylvania State University, "Pricing in a social world: The influence of non-price information on hotel choice," reveals that reviews trump price as the decisive factor in consumer choice. In fact, negative reviews will eliminate a hotel from consideration, regardless of price.

Reviews and price are most influential: Positive reviews are the primary factor in choice. While consumers read ratings and Trip Advisor rank, reviews contributed the most to their decisions, followed by price.

Negative reviews remove hotels from the running: In the minds of the consumer neither low prices nor high ratings overcome negative reviews. Consumers focused on reviews as indicators of a hotel's current performance, saying they would trade a lower price for a hotel with better reviews.

Dropping the price won't help: A low price isn't enough to overcome negative reviews. In other words, if your reviews are negative, you are removed from the consumers' choice set, period.

All other things equal, consumers still prefer a low price: Unsurprisingly, while consumers will opt for a higher-priced hotel when the lower-priced hotel has negative user-generated content (UGC), they still prefer to pay the lowest price possible. So, hotels need to pay attention to how their reviews compare to competitors when setting price.

Brand name does play a role: When choosing among alternatives, brand name did have a positive effect on quality perceptions.

Data Shows Negative Hotel Guest Reviews are on the Rise 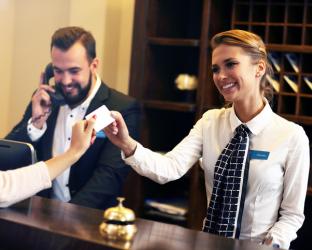 Loyalty
Are Loyalty Programs the Most Effective Way to Drive Bookings in 2018?