The Benefits of Menu Labeling

The Benefits of Menu Labeling

By Cihan Cobanoglu, Ph.D., CHTP - 03/03/2011
Get great content like this right in your inbox.
Subscribe
Barely does a day go by without hearing about how overweight the American population has become. According to the American Heart Association, one out of three American children in 2011 is overweight or obese; this is nearly triple the childhood obesity rate from 1963. Childhood obesity is now the number-one health concern among parents in the United States, topping both drug abuse and smoking. The cause for concern is so great that First Lady Michelle Obama initiated the “Let’s Move” program to encourage American children and their families to be physically active, therefore encouraging healthier generations. She said, “the physical and emotional health of an entire generation and the economic health and security of our nation is at stake.”

Fat and unhappy
Despite the risks, consumer demand for high-fat/high calorie items remains high. Therefore it is only natural that many in the restaurant industry offer that which sells: high-calorie, tasty items. In some cases, restaurant operators who continued to create healthier menu items were ultimately forced to pull those items from menus due to the lack of demand. This battle between what Americans want versus what’s good for them has not only found itself in the First Lady’s crosshairs, but is also the focus of a number of regulatory changes.

Several pieces of legislation are already impacting the restaurant industry. New York City requires that restaurants belonging to a group of 15 or more units (or fewer units if they do business under the same name as a larger chain) post calorie information for menu items. Similarly, California outlines menu labeling requirements for food facilities under common ownership or control with at least 19 locations.

These and other local and state laws will soon be superseded by a national standard that is currently in the works as a part of the Federal Patient Protection and Affordable Care Act. The legislation has a March 2011 deadline for specific menu-labeling requirements, which will be followed by a public comment period before it’s finalized.

Benefits outweigh challenges
Many in the restaurant industry are resisting these changes, pointing to cost burdens. Given the fact that six out of ten restaurants open today will not be in business three years from now, slim profit margins make it difficult for restaurants to absorb the cost of calculating nutritional information for their recipes and posting this information in accordance with requirements. On top of that, many restaurants change their menus on a weekly, sometimes daily, basis.

Despite any challenges that may come with compliance, the National Restaurant Association and more than 77 health and consumer groups support the federal legislation. A federal law will simplify the compliance process for restaurants and create consistency for consumers, they say.

For some, the solution to posting nutritional information will come in the form of digital display boards that can be easily updated across all locations. Others may turn to the iPad or other smaller tools that can be placed in guests’ hands. While there will be an initial cost to comply with the legislation, doing so is also a best practice that in the long run can actually help control costs.

Better inventory management
The process of calculating nutritional information will likely lead many restaurants to better control their inventory. In fact, some inventory/cost control software options offer nutritional analysis integrated into the system, such as ChefTec (www.cheftec.com) or Eatec from Agilysys (www.agilysys.com). Such tools simplify the nutritional information calculation process, and some even suggest keywords to better market the item (e.g. heart friendly, low sodium, sugar free). Alternatively, restaurants can consider a SaaS (software as a service) model such as MenuCalc (www.menucalc.com).

Calculating the nutritional value of recipes leads to several operational benefits. First, the software can calculate the cost of the recipe and in some cases alert management if the cost goes over or under a pre-set profit percentage or price point. This process will help restaurants standardize their recipes and control costs. In addition, using such software can help restaurants save on labor by creating automatic purchasing orders when inventory needs replenishing. Finally, the software may be used to accept electronic bids from suppliers, making it possible to compare different prices from different vendors. This may save restaurateurs significant sums of money.

In the big picture, anything that helps control costs is welcome in today’s restaurant business, even if it comes dressed in federal legislation. 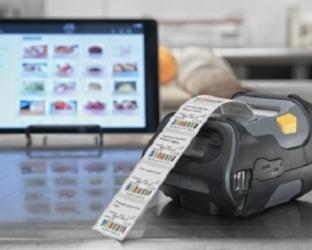 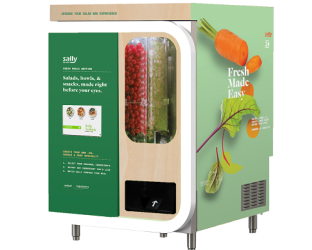