Learn from three restaurants that have launched virtual and dark kitchen brands to boost the bottom line. 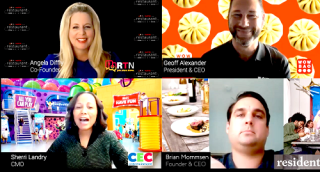 In Host Kitchens Heat Up, learn from restaurants that have launched virtual brands and dark kitchens.

All Industry Access! Restaurant Next Now Streaming on Demand

Good news: Restaurant Next is now streaming on demand. Restaurants as well as vendors can see what the buzz is about.

Dark kitchens, virtual brands, and a platform for fine dining chefs are among three new concepts that help to boost revenue with little or no overhead.

Restaurants are known for their innovation. And during the panel discussion Host Kitchens Heat Up, operators got a sneak peek behind three different kitchen concepts that are adding revenue to the bottom lines.

Geoff Alexander, president and CEO of Wow Bao; Sherri Landry, CMO of CEC Entertainment; and Brian Mommsen, founder and CEO of Resident, an experiential dining concept based in NYC, shared what they’re doing to drive business. The session was moderated by Angela Diffly, cofounder of Restaurant Technology Network.

Ghost kitchens are one avenue ready for restaurateurs to explore; they are projected to reach a $1 trillion global market by 2030, according to Euromonitor research. 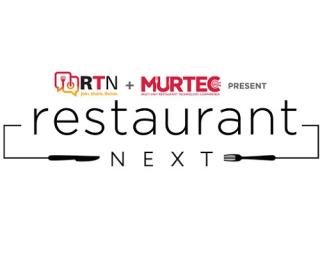 Chicago-based Wow Bao opened its first dark kitchen in April and has quickly expanded to 100+ locations.  Dark kitchens, Alexander explains, make use of unused space in a restaurant. Wow Bao’s menu features frozen products that just require steam to prepare (no hoods required). “We are allowing operators to take part of their kitchen that’s dark, it could be in a dining room if the dining room is closed, or another area that’s not visible to the diner,” says Alexander. It allows existing restaurants an opportunity to add a revenue stream by leveraging their existing staff and infrastructure by tapping into third-party delivery marketplaces. And Wow Bao is priced so that operators net about 40% of the revenue.

The Asian food brand has been around since 2003 and has about 70 brick-and-mortar locations.  “Launching a virtual brand is not easy to do. There’s no story behind it,” Alexander explains. “We’re a 17 -year-old brand. We have a story (as well as marketing and social media) behind us. It makes us a little more valuable… (For new brands) it is difficult to get momentum.”

“One of the things that allowed Pasqually’s to leap pad was the equity in Chuck E. Cheese,” she said.  “That’s the reality. When people started talking about it, it was ‘What is Chuck E. Cheese doing?’ We expected that to happen. It gave us a big pivot point.”  CEC was able to leverage its existing IT and marketing teams, restaurant infrastructure, and workforce, etc. to get the brand going.  “It made it easier than launching from ground zero,” Landry adds.

Resident, an experiential dining concept, launched in NYC earlier this year and is eyeing expansion. The concept leverages event space in upscale residential buildings and hosts chefs to create a unique dining experience. Tickets for the tasting menus are pre-sold, so there’s less wasted food and labor. And the chef gets the opportunity to build a direct repore with her/his diners.

“We are reimagining the restaurant model, specifically fine dining,” says Mommsen. “It’s efficient and expands the margins of fine dining.“

Resident gives chefs the turnkey ability to hop on the Resident platform and cook a dinner for a high-end clientele.  Resident streamlines the experience – and handles the ticketing, staffing, equipment and private dining room setup.

With many fine dining restaurants closed or operating at reduced capacity, Resident has been able to get chefs from Michelin-starred chefs to participate.

“We are leveraging chefs that work at the best restaurants in the world,” says Mommsen. “We are taking that talent and creating a concept for them that's a platform of empowerment.” For chefs, this concept can be used for the betterment of their careers, to test a new concept, or for a way for out-of-town-chefs to test a new market.

Restaurants considering to launch a virtual brand should keep in mind that it takes time to launch. Not everyone has the resources of Brinker International, which rolled out its It's Just Wings concept to 1000+ locations in a matter of weeks, explained Wade Allen, SVP of Innovation in a Restaurant Next Firechat. “It is about finding what the consumer need is, filing the space and utilizing what you have to do that,” advises Landry.