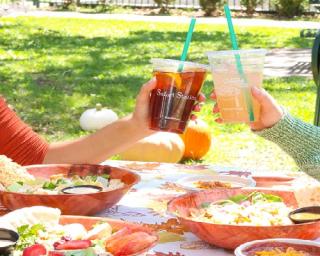 The Salad Station made the most of the downtime during the pandemic and has emerged stronger than ever.

“Our focus was on supporting our stores and helping them survive,” said  Scott Henderson, founder and president of Salad Station. “We made a conscious effort to put a hold on franchises, and instead focused on operations, on COVID and evolving our technology.”

Two years ago, the Hammond, Louisiana-based build-your-own and pay-by-the-pound salad franchise was using an outdated legacy POS.  “During COVID and in the midst of a sales decline and with operations hurting … we switched to a Cloud-based POS that is integrated with third-party delivery.”

COVID-19 expedited Salad Station’s technology transformation.  “Ninety percent of our time was spent evolving the brand and making changes that would have normally taken two to four years. We did them all in a few months,” he said.

Before having an integrated system that leverages open APIs, online orders for its mobile app and third-party delivery were coming through tablets.  “Our old system had no open API and reporting was a struggle,” Henderson said. 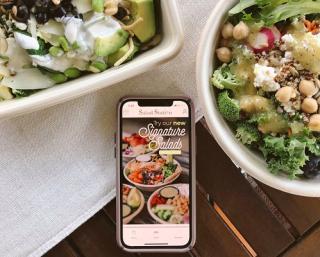 Salad Station implemented the cloud-based Revel Systems’ Revel Enterprise at its seven company stores and used them to show the franchisees the ease of operations, the benefits of having everything going into one system, and the better hardware, he explained.

37% of restaurants say integration with a third-party delivery system is driving their next POS upgrade, according to HT's 2021 POS Software Trends report.

Revel Systems “is integrated with other technologies and platforms such as our mobile app, third-party delivery and our loyalty program,” he said. “The system spoke for itself.”

After seeing the improvement in operations first-hand, all the franchisees quickly adopted the tech package. All 26 locations are up and running.

Before embracing a Cloud-based POS, “It was a real struggle for our franchisees.  And then for them to see the (new system at) the corporate stores  -- and the ease of operations, and being able to access the system easily on their phone,  from anywhere  -- helped to make their dream job even better.

“Switching all 26 locations to a new POS was a big success,” said Henderson. 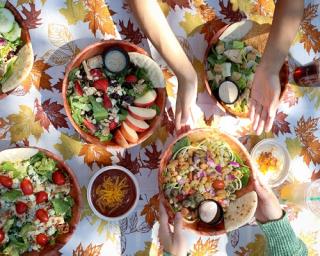 In the coming months, Salad Station will be working to figure out what tools and equipment is needed to help automate its restaurants –not only to help with the labor shortage but also to improve the experience for existing employees.

“Everyone is doing the same recruitment tactics,” said Henderson. “Turnover rate at restaurants is at an all-time high. We are heavily looking at automation (to reduce friction in the employee experience.)  What can we use to cut a cucumber easier?”

Henderson said the first step is to look at ways to make the jobs less complicated with less clutter while reducing chaos.  For example, the new POS system not only benefited the franchise owner, but also the line employee.  “When you ask them how much easier it is without the tablets, you can see a weight has been lifted off their shoulders.  To see that, motivates me,” he said.

Where is Sally Now?

Salad Station was an early adopter of Chowrobotics’ Sally the Salad Making Robot and had used the standalone unit as satellite locations in universities and hospitals.  Sally’s long-term future with Salad Station is unclear.

Henderson was frank about their recent experience with the automated units. “The future of Sally is unknown,” he said. “When customers needed Sally the most .. the technology proved unreliable during the pandemic.”

Salad Station has 35 Sallys.  Henderson admits “there’s a hump to get over.” For example, if you want Sally to be used in a hospital setting, nurses should be able to rely on Sally to make a salad during their lunch.  Unfortunately, when there are breakdowns, with the tablet or the refrigeration,  the customers loose trust in Sally.

When thinking about how far Salad Station has come, Henderson recalled a scene from the Tom Cruise NASCAR-inspired movie, Days of Thunder.  “We’ve come out of the crash, and we have the pedal to the metal. We are off to the races. We are confident as we ever have been in the brand and the demand for healthy eating.”