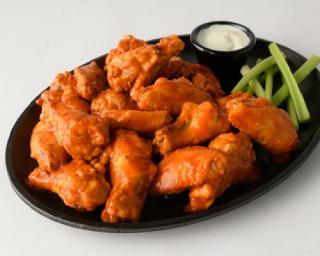 Fazoli’s will launch its new wing concept under the name Wingville. By early spring of 2021, wings will be available systemwide as part of the brand’s core menu.

Fazoli’s is diversifying its menu, adding chicken wings in a variety of flavors.

Beginning Sept. 30, wings will be offered at all company locations. Available for dine-in, drive-thru, online ordering and delivery, Fazoli’s will launch its new wing concept under the name Wingville.

Consumer demand for comfort food is on the rise and brands are responding. Brinker International introduced It's Just Wings in June.  At Restaurant Next, SVP of Innovation Wade Allen shares how Brinker rolled out the virtual restaurant brand to 1000+ locations that’s on track to top $150M in first year.

At Fazoli’s, August ended with sales up 17.4% and traffic up 21.6% at company locations. A major contributor: the introduction of wings at 11 company locations. The brand is projecting its wing launch will bring in an additional $2,500 a week per location.

When the pandemic struck, the iconic Italian brand put a pause on all testing, including expanding wings beyond its one test location in Fazoli’s home market. However, once Fazoli’s saw the shift to off-premise as a result of mandated dining room closures, the brand saw an opportunity to fill a consumer need for a delicious product that was perfect for delivery and drive-thru, the two channels seeing unprecedented sales growth. In April Fazoli’s launched wings in two more company locations in less than four weeks. Seeing strong off-premise sales straightaway in the new locations, the brand added five more restaurants to its test list in May and even opened its first ghost kitchen in Atlanta with wings on the menu.

“Once we saw the shift to off-premise sales and the overwhelming growth of delivery, we put our foot on the gas,” said CEO Carl Howard. “This is a challenging time for our industry, but instead of backing down, we continued to innovate and capitalize on opportunities. Our locations with wings are 7% pre-post net of control higher in sales, and the ROI on adding wings is roughly four months. The numbers out of the gate were so strong, making the decision to launch wings company-wide this fall a no-brainer. Looking into the future, we are excited for wings to become a systemwide menu addition. Our franchisees on board and excited about the opportunity to drive additional sales and traffic with our delicious new lineup.”

Fazoli’s wings are prepared in fryers, a new addition to the Fazoli’s kitchen that opens up the culinary possibilities. Fried mozzarella skewers, toasted ravioli, Pasta chips, Italian nachos and fried zeppole, just to name a few of the indulgent menu items the culinary team has planned.

“We are very excited to debut wings,” said Director of Culinary Innovation Rick Petralia. “... Wings were an easy choice because of their popularity and ease of execution. They are a perfect expansion for our off-premise business.”

By early spring of 2021, Fazoli’s wings will be available systemwide as part of the brand’s core menu. Franchisees will begin rolling out wings at their locations as early as this fall.