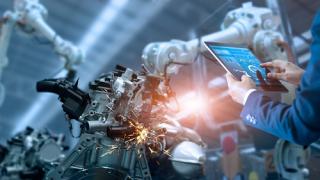 “The deployment of Flippy enables CaliBurger to retrain our staff to spend more time tending to customer needs to better improve the guest experience, while supervising the robotic system that’s handling the cooking,” said Jeffrey Kalt, CEO of CaliBurger. “This results in happier workers, more satisfied customers, and a more profitable business.”

According to Kalt, one of the benefits of Flippy is the ease of installation that can be accomplished overnight. “Being able to swoop in after a CaliBurger closes, install Flippy and train staff the following day is a monumental advantage for us,” Kalt added.

Developed by Miso Robotics, the technology that brings Flippy to life has been in development for almost five years and represents over a quarter million man hours of engineering time devoted to building the base software, intelligence, and platforms.

PopID is currently being accepted on self-ordering kiosks and payment terminals connected to the point of sale in more than 100 different restaurants and retail concepts around the major colleges throughout Southern California.

CaliBurger has restaurants across the United States and in select international locations.