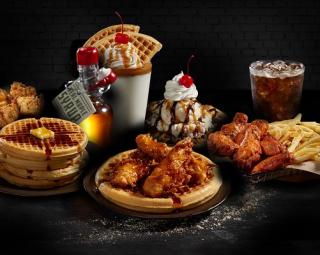 Wings of New York is rolling out through third-party delivery initially in the New York Tri-State area, with expansion plans across the US in the coming weeks.

The Wings of New York concept offers New York-style wings as well as Harlem-style chicken and waffles exclusively through third-party delivery -- initially in the New York Tri-State area, with expansion plans across the US in the coming weeks.

Wings of New York will offer customers a variety of menu options including wings and tenders a la carte, wings and French fry combos and Harlem-style chicken and waffles. The brand will offer over a dozen different wing sauces ranging from Classic Buffalo and Creamy Mild Buffalo to Carolina Reaper and Ghost Pepper, as well as a signature Buffalo sauce created by culinary consultant and James Beard Award Winner Mark Miller. The fries can be served alongside wings or loaded with an assortment of toppings including the NY Cheesesteak fries by Pat LaFrieda, while the waffles, which can also be served a la carte, will be topped with real maple syrup and butter. The menu also features two waffle dessert options – a Waffle Sundae and a Waffle Shake.

The brand, which will utilize Nathan’s Famous kitchens as their Wings of New York ghost kitchens, has launched on UberEats, DoorDash, Grubhub and Postmates in the New York area with plans to expand in the coming weeks. Additionally, Wings of New York and Nathan’s Famous have partnered with Kitopi, a cloud kitchen platform, to deliver the menu to customers in the UAE starting next month.