Restaurant Next, HT’s first virtual event produced by RTN and MURTEC, was more than just another series of zoom calls; it was an interactive experience, jam-packed with stellar content. Check out RTN’s big three takeaways.

Technology leaders from both restaurants and supplier worlds have been working together for more than a year inside RTN to create an Open API Framework, arguably the most impactful foundational initiative to ever exist in the restaurant industry. Leading voices from Appetize, Jolt, Revel and Qu took the virtual stage to share why it’s critical for both restaurants and suppliers. Restaurant brands were quick to announce support of the initiative.

“A lot of brands don’t have the depth of dollars that we’ve had to be out on that bleeding edge and developing our own APIs ... What the RTN is doing is going to set a standard that all partners we work with know what that needs to look like moving forward. Kudos to the RTN and the groups that have leaned in on that.” — Wade Allen, SVP and Head of Innovation at Brinker International

“At Dunkin’, we’ve probably integrated store technology with 25-30 different vendors. Every time you change them, you go into this project that spans over months to get them integrated cohesively… If all vendors can comply with RTN’s API standards, it will make life easier for everyone. It’s a win-win. You can try out new products quickly, and  it gives vendors the possibility of going after many customers.” — Gagan Sinha, VP of IT Retail Store Systems, Dunkin’ Brands

From third-party to hybrid to owned channels, we chatted with three executives — all with unique, deep domain expertise on navigating the complex world of delivery. The panel included Matt Friedman, CEO and founder of Wing Zone, and former Domino’s and Bloomin’ Brands off-prem expert Chris Demery, who explained how he’s currently overseeing P.F. Chang’s smart delivery moves.  And Skip Kimpel, CIO of 4R Restaurants and TechChef podcaster, described the pivot from hybrid to owned delivery, with a little help from RTN’s Native Delivery TCO Calculator.

“At the end of the day, all restaurants out there need to consider multiple different models and use tools to help them calculate profitability for each one ... RTN helps with the TCO Calculator; it’s something I wish I would have had three years ago.” — Skip Kimpel, CIO, 4 Rivers Restaurant Group

From revolutionary robotics in the fryer area to sophisticated AI in the drive-thru, White Castle is shaking up the QSR world by embracing cutting-edge tech.

“We’re using Flippy in the fryer area. Ultimately, it will help GMs know what they have to order, what their yields are, and help with margin. The smart freezer (aka the hopper) will allow us to take that team member that used to fill those baskets, and repurpose them to help with throughput in the drive-thru, and create those memorable moments for our customers.” — Mike Guinan, VP of Operations Services, White Castle.

Restaurant Next’s stellar content  featuring nearly 40 of the industry’s respected operators will be online until November 10.  Check back for newly released content on the hottest topics of today and beyond.

Brinker EVP Shares Tips for ‘Playing Differently’ at Restaurant Next 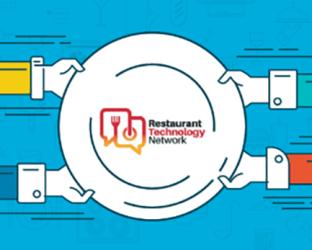 Hear from one of the Restaurant Technology Network’s founding members, QSR Automations, and find out why the company joined and how each member feels about being a part of this game-changing community.