The Nine Zero Hotel in Boston (www.ninezero.com) keeps an eye out for its guests. In fact, keeping an eye out is "key" to its service, in a manner of speaking. The Nine Zero uses iris scans in place of key cards to control presidential suite access. In fact, real Presidents have used it -- Bill Clinton being one during the Democratic National Convention.

The Nine Zero has 190 well-appointed guest rooms. The four-star property has every amenity imaginable, from a spa to a pet-friendly atmosphere. It has five luxury suites; the equivalent of loft apartments. Most of all, Nine Zero has Cloud Nine. Cloud Nine is on the 19th floor of the hotel, a penthouse suite with floor-to-ceiling windows and breathtaking views of Beacon Hill and Boston Commons. It has electronic drapes, a viewing telescope, plasma TV with surround-sound, a steam shower and Jacuzzi, and a safe that will store a laptop while one enjoys the amenities.

It also has a unique entry system. It uses an iris scan as the key system (card keys are available). LG Technology makes the system (www.lge.com).

"From CEOs to Grammy winning artists to neo-hippies, we attract those seeking style with substance and innovative takes on tradition," the hotel says. This is not a clientele to expose to the vagaries of groupies or intruders.

Iris scans are secure and do not require any direct contact with the system (Howard Hughes would have loved that). "It's a two-minute process," Hord explains. "The guest has a private check-in with the concierge."

It's popular, too. "Most guests opt for the scan. It's efficient and quick," he continues. Multiple guests -- spouses, personal trainers, body guards -- can be scanned for the same room in the same time period. However, the system allows the guest to have the hotel lock the room for certain time periods. Even housekeeping cannot enter until it times out.

Traditional card key system manufacturers do not have to sweat the technology yet. Iris scanners are stone-cold accurate, but few hotels would consider putting them on all of their guest rooms. Individual iris scanners cost about $1,000.

Still, Hord is very high on their system and says it has paid back many times over. In fact, they also use iris scans at employee entrance to control access and track comings and goings.

"Unlike fingerprints, it is more accurate. False positives? There are absolutely none," Hord says.

Iris scans are used elsewhere in the travel industry, notably at Flughafen Frankfort in Germany where the airport uses iris scanning to expedite boarding for frequent fliers. Compared to other security systems, Hord says, "This is much simpler." The system reads the iris and translates it into numbers. "Think THE MATRIX movie," Hord explains. It is secure. Upon checkout, the numbers are deleted from the system. Unlike fingerprint cards, which can be waylaid, there is nothing to steal.

"The system has paid for itself," Hord adds. "All things considered -- key cards, batteries at a couple of hundred dollars -- it was worth it."

As a bonus, he says the system has returned its value eight to ten times over in PR value. "We get both domestic and international interest," he says. "People can't believe how simple and quick it is."

If he were doing it again, he'd go whole-hog. "Go all the way in every suite," he advises other hotels looking at scanning technology. "Hardwiring is the big cost. And go with the new wave of equipment that does both eyes, not just one." 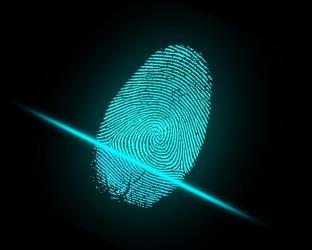 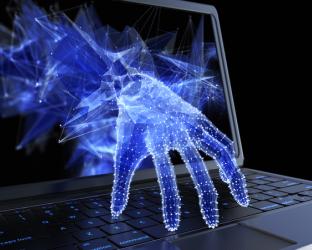