By Dorothy Creamer, Managing Editor - 05/13/2016
Get great content like this right in your inbox.
Subscribe
The magic number for Justin Rosenberg, founder & CEO of honeygrow (www.honeygrow.com) was 94. That was how many potential investors he had approached to fund his concept of a fast casual stir fry/salad restaurant. After hearing 93 “NOs,” it was the 94th person who finally saw the same potential for growth that Rosenberg was envisioning and said yes. That one affirmative vote gave Rosenberg the opportunity to make his dream a reality—a dream that involved fresh, wholesome meals prepared to order, while still maintaining a fast-casual speed of service.

Rosenberg, a Philadelphia transplant from N.Y., arrived in the city of brotherly love after graduating from Penn State and found himself at a crossroads: go to law school or become an entrepreneur. He chose the latter, eventually taking an asset management role with a real estate company that owns shopping malls. “Once I got my finance degree and an MBA I really got the itch to build something I’m passionate about,” Rosenberg recalls. “On top of that, I would see sales information for the tenants in malls and I was curious as to why some businesses do better than others. The branding of stores was always something I was fascinated by.”

When conceptualizing honeygrow, Rosenberg knew that he wanted to create something with a cool vibe that leveraged design and music to enhance the atmosphere. He was also following a vegan lifestyle, so a salad concept appealed to him. To build a successful company Rosenberg knew he’d have to appeal to both male and female demographics — which he believes salad concepts generally don’t do; and he wanted to drive sales during both lunch and dinner. “I knew I’d need to offer both salads and warm foods. I wanted to make a concept that could hit those metrics and be scalable, while at the same time be a product I could stand behind and be proud of,” Rosenberg explains.

The next question for Rosenberg’s theoretical restaurant was how to streamline the ordering process. Realizing that customers were going to want to create their own dishes, Rosenberg put the operational component of his business at the forefront, considering how best to address the point of sale. “This type of model can’t be like Chipotle, because it’s less assembly line and more made to order — more like Shake Shack or Starbucks where you order and wait because we’re making it for you,” he describes.

With that in mind, Rosenberg was thinking about technology before he even had a single investor. In 2009 he wrote a business plan, giving himself two years to get funded. It took until April of 2011, with seven months remaining on his self-imposed deadline, to get funding. Rosenberg opened the first honeygrow in center city Philly. Six other locations followed in Pennsylvania and New Jersey with nine more locations to open soon — five scheduled to launch before the end of 2016.

Today, the unique hybrid has healthy funding, having recently secured $20 million from an investment firm, plus an additional $5 million in shares from its initial investors. The influx will go to investments that grow the brand, with technology chief among them. At HT’s 2016 Multi-Unit Restaurant Technology Conference (MURTEC; www.murtec.com), Rosenberg shared highlights of honeygrow’s technology stack in his talk, “How honeygrow is Crushing it with Kiosks,” and while kiosks are core to honeygrow’s ordering experience, Rosenberg is quick to reinforce that they are “part of the solution, not the solution.” For Rosenberg, it was important to find a technology that could also meet his aesthetic demands, including the ability to customize with a wide array of proprietary images. “Design and brand are central to what we do,” he says. “I looked at some technologies and the ordering experience wasn’t enjoyable, delightful or easy. I knew I wanted the interface to be gorgeous and functional. That was the challenge.”

Initially, Nextep (www.nextep.com) kiosks were deployed, but as the company expanded, the decision was made to team with Task Retail Technology (www.taskretailtechnology.com) to develop the kiosk system currently in place.

The kiosks are akin to interactive art galleries as diners scroll past imagery of local sites and drag and drop vibrant images of ingredients to create customized meals. Kiosk screensavers feature area neighborhoods, captured through the lens of a commissioned videographer. Rosenberg’s goal was to shy away from tourist hotspots such as the Liberty Bell for Philadelphia, opting instead for streetscapes. “I’m trying to connect to the local community and we want to have an artful eye,” Rosenberg explains.

For Jen Denis, chief brand officer, it was imperative to capture an authentic perspective on every local community honeygrow enters. The kiosks also serve as an opportunity to showcase honeygrow’s products. All the images on the touchscreens highlight ingredients with pictures from a photographer who only works with available sunlight. “There is no artificial light so it captures the true essence of our food,” Denis states.

Coupling the customization of made-to-order meals with self-ordering technology required finesse. “When we first opened our menu was about 50-60% bigger,” Rosenberg admits. “You don’t want people to get paralyzed at the kiosks with too much to choose from — it adds seconds to the transaction time and we need ordering to be fast for everyone.”

The expansive menu also created operational concerns, including more ingredients to prep, training staff on more items, and keeping inventory in stock. The decision was made to reduce the menu based on demand and items that could be unique to honeygrow. “We want people to have a delightful experience while ordering but we don’t want them there all day,” Rosenberg says. “Customers want to get in and out and want to get something quickly. People shouldn’t need to wonder what they’re doing when they use the kiosks. They need to find it engaging, but it needs to be fast…that’s critical.”

Functionality from customer to kitchen
While aesthetics was top-of-mind for Rosenberg, he admits that at the end of the day, functionality is critical. “Everything revolves around the ability to make sure that tickets come up correctly in the kitchen,” he notes. “The printers need to work, card transactions need to go through and reporting needs to be efficient. The system is like a car -- if one thing doesn’t happen, it essentially breaks down. Once we had a platform that was primarily functional we could build upon it to do the really cool stuff.”

Chief among honeygrow’s back-of-house concerns is food safety, particularly because ingredients are never frozen. Inventory turns over quickly, and the company uses Compeat (www.compeat.com) to manage ordering and invoicing, with POS integrations in the works. “When we went to Task and said we wanted to use Compeat they said ‘yep, we can do that,” recalls Rosenberg. Next, the company is in talks with temperature monitoring system to monitor refrigeration. Rosenberg says the time has come for investigating in inventory control technology largely due to growth: a supply chain person was able to manage seven stores, but with soon-to-be 16 locations, advanced automation is necessary.

Mobility’s role in the frictionless experience
Order customization has been at the root of honeygrow’s success, but as the brand grows it is now focusing on letting guests customize not only food, but also how the order is placed. Later this year, the company will release a mobile app that will enable guests to look up previous orders and star favorite items. “There will be a lot of cool things that will integrate the kiosks with a loyalty program, plus lots of Easter egg-ish add-ons,” Rosenberg says. “We spent a lot of time thinking about what is currently out there and wanted to do something a bit different for our mobile app. We didn’t reinvent the wheel, but we want to be as unique and authentic as possible.”

Mobile payment will be a key component. The company currently accepts Apple Pay through its Verifone (www.verifone.com) devices for PCI compliance and the mobile app will also feature mobile payment options for guests.

Both Rosenberg and Denis agree that the future is all about mobility and automation. The creative science will require devising a formula that will leverage the more sci-fi elements of technology with a human aspect. “In foodservice there is something to be said about the interpersonal relationship,” Denis says. “As more automation becomes available, if service becomes too robotic, that’s not necessarily appealing.”

Fortunately for honeygrow, Rosenberg prides himself on having established a restaurant group that is run by creators. Through Apple-like brainstorming meetings, Rosenberg encourages his team to consider what the company can do that will have a purpose and add to the experience, without being a distraction to the guest. “We want to be subtle,” Rosenberg cautions. “There’s always a thoughtful approach to anything we decide to do. For me it was about chasing a vision of amazing experience that is blended with people, not just using technology for technology’s sake. We never want to lose track of what’s important — the guest being really happy.” 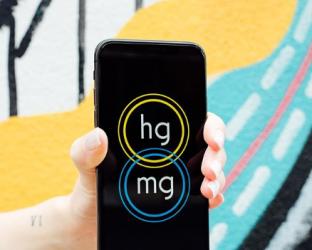 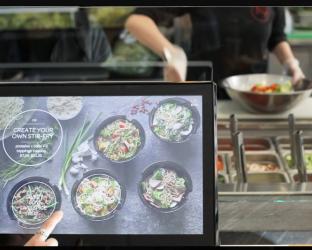