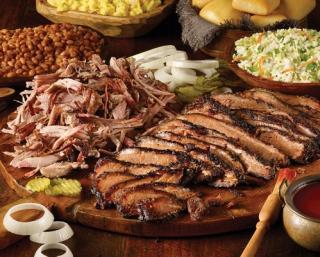 Barbecue fans in the surrounding five-to-ten-mile radius will be able to get their Dickey’s fix by ordering delivery directly to their doorstep through dickeys.com or the Dickey’s app.

Ghost kitchens are projected to reach a $1 trillion global market by 2030, according to Euromonitor research, making them an attractive concept for operators now and in the future.

“Despite the toll this pandemic has taken on the restaurant industry, fast-casual franchise concepts like Dickey’s are proving to have a competitive edge and I attribute part of that to our niche’s ability to adapt models based on ever-changing consumer behavior,”  said Laura Rea Dickey, CEO of Dickey’s Barbecue Restaurants, Inc. “Delivery certainly isn’t going anywhere and we have both our digital sales and ghost kitchen developments to show for that.”

Dickey's has been working on optimizing its technology for CX. Earlier this month, Dickey's  promoted Carissa De Santis to CIO; earlier this year De Santis led her IT team through a complete redesign of Dickey’s e-commerce site to optimize functionality for mobile users -- resulting in an improved online ordering experience for guests and increased revenue for franchisees. At Restaurant Next, Dickey's shared their success story in this 15-minute firechat.

In addition, earlier this month the barbecue behemoth announced their latest international endeavor would include opening two ghost kitchens in the metropolis of Tokyo around spring and fall 2021, respectively.