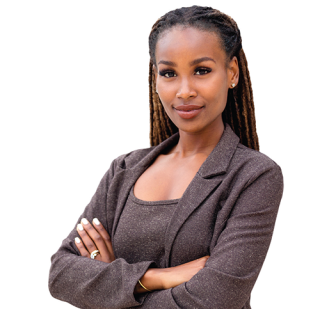 This year’s Fortune 500 list has again broken the record for more female CEOs than ever before. Yet women still only make up 8.1 percent of Fortune 500 CEOs, and one has to wonder what old biases might be continuing to contribute to this disparity.

We’ve all heard common workplace myths or so called “truths” that are universally acknowledged about working in the corporate world. Based on feelings, not facts, they nest deeply into workplace cultures and can be very difficult to uproot. For example: Remote employees are less productive. Clearly disproven by research time and time again, put to the ultimate test last year, this myth has no basis in fact. But some companies still feel their employees can only be productive if they are working in an office.

Another deeply-ingrained myth − that women make ‘toxic’ bosses − is also unfortunately still alive and well in the workplace. Banishing this myth is a key step to advancing women to leadership roles.

THE MYTH OF THE FEMALE BOSS
When critiqued by a woman in management, is your first reaction to view her through this problematic stereotype lens? It’s possible your boss may have poor management skills or may be unable to offer truly constructive criticism. Another possibility is that you expect a woman to manage in a softer way. According to a recent study by the IZA Institute of Labor Economics, both men and women react more negatively to criticism when it comes from a woman.

Demolishing bias is more important than ever, especially now that we know how many women
we lost from the workplace due to 2020’s ‘Shecession.’ Remember, bias can be insidious, affecting our opinions of others even when we think we’re doing everything we can to be a good and supportive ally, whether we are a man or a woman.

FIGHTING BIAS
First, take your temperature on the feedback itself. Examine how you would feel about it if it came from a male co-worker at the same management level as the woman who offered it. How would you feel? Would it seem less harsh or ‘par for the course’?

Of course, not all workplace behavior is appropriate. True toxicity is poison to any workplace, and it’s worth analyzing whether the workplace around you is toxic in itself. Self-reflection doesn’t mean you should let bad behavior go unchecked. It just means a gut check is in order. Your strong reaction to criticism could be rooted, if unconsciously, in old ideas about how women should use their voices. For us all to push the cause of women forward, we must look inward and let go of the preconceptions that limit the potential for women to shine as leaders.

Sarah Alter is president and CEO of the Network of Executive Women, a nonprofit learning, leadership and gender equality advocacy organization of 13,500 members (representing nearly 900 organizations), 300+ national and regional corporate partners, and 22 regional groups in the United States and Canada. NEW advances gender equality and diversity in the retail, consumer goods, financial services and technology industries.