Chipotle Mexican Grill’s investments in the digital experience have been paying off with sales skyrocketing 66% year-over-year during Q4.

For the full year, digital sales exceeded $0.5 billion and accounted for 10.9% of sales.

During the past year, more customers have downloaded the app, which now includes delivery. App downloads increased 72% year-over-year.

Delivery is a small and growing base, Niccol explained; delivery sales increased approximately 13 fold compared to the Q42017.

Savvy marketing, such as the free delivery bowl promo in December, has increased awareness and has driven delivery sales through the Chipotle app. “Encouragingly, we are seeing some residual lift in delivery sales that last beyond the promotion and have seen very little guest overlap between our own in-app delivery and our third-party delivery partner apps,” Niccol said.

Digitally Enabled Convenience
As previously reported by HT, Chipotle has been enhancing the digital experience:

In-store pickup shelve are now in approximately 1,000 Chipotle restaurants, and the company hopes to implement them in all locations by the middle of the year.

Tech-enabled second make lines for digital orders are in 950 locations and will be in nearly all restaurants by the end of the year.

Drive-up pickup lanes, called Chipotlanes, enable customers who order online or via the app to pick up their order without leaving their car. The drive-up pickup lanes are currently in the test phase at 10 locations, which will be expanded to a few dozen of Chipotle's 2019 restaurant openings. “Chipotlane is showing promising results with a higher mix of digital sales and total restaurant sales,” he said. “…These restaurants are a great extension of our digital system as they help to increase convenience and access to Chipotle.”

Early results from Chipotle’s loyalty program, also in test mode, are promising, Niccol said.  “We are making changes based on the feedback received thus far and remain on track for a national launch in 2019.”

2,500 and Counting
In other news, Chipotle opened its 2,500th restaurant at The Shops at Todos Santos in Concord, Calif., and plans to open more than 140 locations this year. 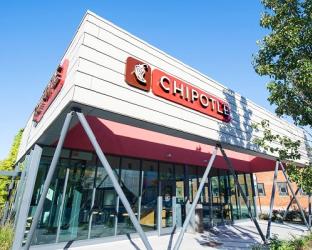