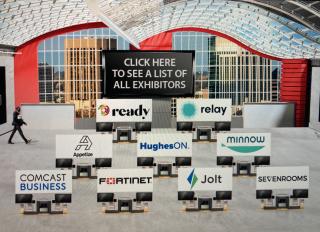 In the Restaurant Next Highlight Hub, explore the 2020 virtual restaurant conference. 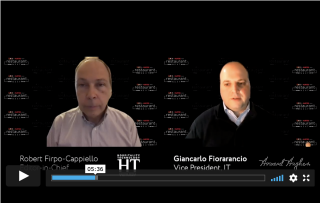 In Day 1's keynote, "A View From the Top," HT's editor-in-chief, Robert Firpo-Cappiello, chats with Giancarlo Fiorarancio, Vice President, IT, The Howard Hughes Corporation, about The Greens rooftop restaurant in NYC.

Day 1 kicked off with an inspiring keynote that set the tone for the conference: A View From the Top, with Giancarlo Fiorarancio, Vice President, IT, The Howard Hughes Corporation. The session, a conversation between Fiorarancio and HT’s editor-in-chief, Robert Firpo-Cappiello, focused on how he led the wildly successful effort to create The Greens, a socially distanced rooftop restaurant experience at NYC’s South Street Seaport powered by a completely touchless guest experience, including enhanced bandwidth, unique culinary partnerships, not to mention gorgeous river and skyline vistas. The overall message was that flexibility is a key for restaurants navigating the new normal — transforming a dine-in experience into an imaginative use of an alternative space, and implementing the tech necessary to make it happen. 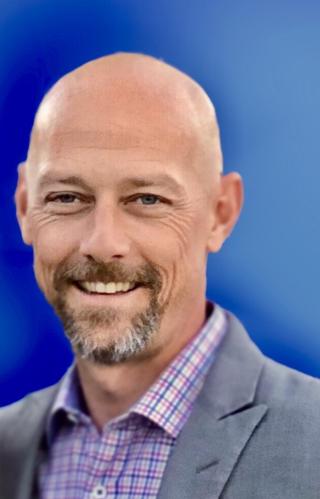 RESTAURANT NEXT INSIGHTS FROM COMCAST BUSINESS

"Because a lot of the new systems restaurants are implementing operate in the cloud, monitoring how many applications are running and that ample bandwidth is available is key." —Ray Hatch, Vice President of Enterprise Sales Verticals, Comcast Business READ MORE! 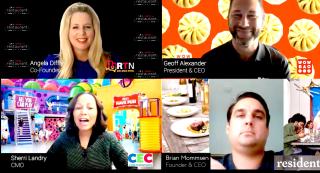 Restaurant Next explored an array of new concepts that can boost revenue without a major investment, including dark kitchens, virtual brands, and a platform for fine dining chefs.

During the panel discussion Host Kitchens Heat Up, operators got a sneak peek behind three different kitchen concepts thanks to Geoff Alexander, president and CEO of Wow Bao; Sherri Landry, CMO of CEC Entertainment; and Brian Mommsen, founder and CEO of Resident, an experiential dining concept based in NYC. The session was moderated by Angela Diffly, cofounder of Restaurant Technology Network.

Wow Bao opened its first dark kitchen in April and has quickly expanded to 100+ locations.  Dark kitchens, Alexander explains, make use of unused space in a restaurant. Wow Bao’s menu features frozen products that just require steam to prepare (no hoods required). “We are allowing operators to take part of their kitchen that’s dark, it could be in a dining room if the dining room is closed, or another area that’s not visible to the diner,” says Alexander. Wow Bao is priced so that operators net about 40% of the revenue. 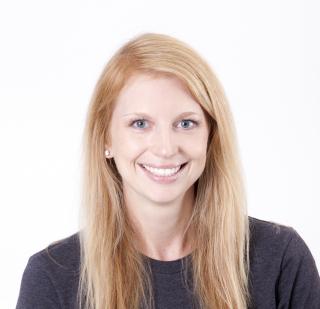 Restaurant next insights from rELAYPRO

CEC’s Landry agrees.  CEC, known for its Chuck E. Cheese brand, launched a delivery-only concept, Pasqually's Pizza & Wings earlier this year. “One of the things that allowed Pasqually’s to leap pad was the equity in Chuck E. Cheese,” she said.  “That’s the reality. When people started talking about it, it was ‘What is Chuck E. Cheese doing?’ We expected that to happen. It gave us a big pivot point.”  CEC was able to leverage its existing IT and marketing teams, restaurant infrastructure, and workforce, etc. to get the brand going.  “It made it easier than launching from ground zero,” Landry adds.

Resident, an experiential dining concept, launched in NYC earlier this year and is eyeing expansion. The concept leverages event space in upscale residential buildings and hosts chefs to create a unique dining experience. Tickets for the tasting menus are pre-sold, so there’s less wasted food and labor. And the chef gets the opportunity to build a direct repore with her/his diners. “We are reimagining the restaurant model, specifically fine dining,” says Mommsen. “It’s efficient and expands the margins of fine dining.“

Resident gives chefs the turnkey ability to hop on the Resident platform and cook a dinner for a high-end clientele.  Resident streamlines the experience – and handles the ticketing, staffing, equipment and private dining room setup.With many fine dining restaurants closed or operating at reduced capacity, Resident has been able to get chefs from Michelin-starred chefs to participate.

“We are leveraging chefs that work at the best restaurants in the world,” says Mommsen. “We are taking that talent and creating a concept for them that's a platform of empowerment.” For chefs, this concept can be used for the betterment of their careers, to test a new concept, or for a way for out-of-town-chefs to test a new market. 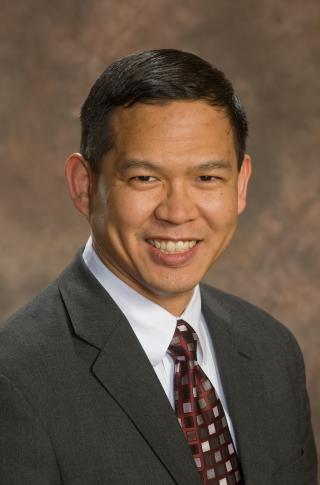 RESTAURANT NEXT INSIGHTS FROM HUGHESON

“When it comes to technology, ROI is not only measured by what happens (e.g., sales, customer/employee satisfaction, etc.); it is also measured by what doesn’t happen (e.g., data breaches, theft, spoilage, etc.).” —Tim Tang, Director, Enterprise Solutions, HughesON READ MORE! 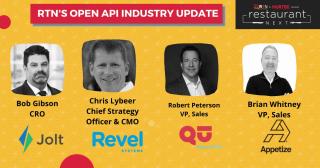 Executives from Appetize, Jolt, Revel and Qu shared why an Open API Framework is critical to restaurants.

3. An Open API Framework Is Available

Technology leaders from both restaurants and supplier worlds have been working together for more than a year inside the Restaurant Technology Network to create an Open API Framework, arguably the most impactful foundational initiative to ever exist in the restaurant industry. Leading voices from Appetize, Jolt, Revel and Qu took the virtual stage to share why it’s critical for both restaurants and suppliers.

Restaurant brands were quick to announce support of the initiative.

“A lot of brands don’t have the depth of dollars that we’ve had to be out on that bleeding edge and developing our own APIs ... What the RTN is doing is going to set a standard that all partners we work with know what that needs to look like moving forward. Kudos to the RTN and the groups that have leaned in on that,” said Wade Allen, SVP and Head of Innovation at Brinker International.

“At Dunkin’, we’ve probably integrated store technology with 25-30 different vendors. Every time you change them, you go into this project that spans over months to get them integrated cohesively… If all vendors can comply with RTN’s API standards, it will make life easier for everyone. It’s a win-win. You can try out new products quickly, and  it gives vendors the possibility of going after many customers,” said Gagan Sinha, VP of IT Retail Store Systems, Dunkin’ Brands. 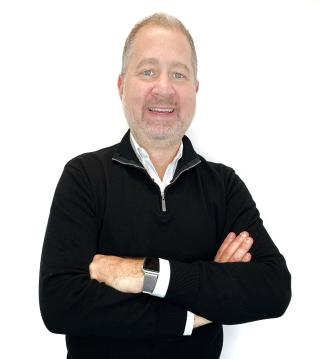 RESTAURANT NEXT INSIGHTS FROM APPETIZE

“Operators should consider technology that enables an automatic communication of order and order status throughout the entire life cycle of the transaction.”  —Brian Whitney, Vice President of Sales, Appetize READ MORE! 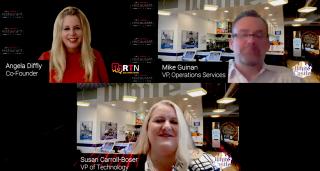 4. AI, Robots, and Voice Have Arrived

Restaurant Next’s Day 2 keynote took attendees into a future that’s already here: Angela Diffly brought a spotlight on White Castle’s Tech Initiatives in conversation with Susan Carroll-Boser, VP, Technology, White Castle, and Michael Guinan, VP, Operations Services, White Castle. From revolutionary robotics in the fryer area to sophisticated AI in the drive-thru, White Castle is shaking up the QSR world by embracing cutting-edge tech. “We’re using Flippy in the fryer area. Ultimately, it will help GMs know what they have to order, what their yields are, and help with margin. The smart freezer (aka the hopper) will allow us to take that team member that used to fill those baskets, and repurpose them to help with throughput in the drive-thru, and create those memorable moments for our customers,” said Guinan.

“We’re using Flippy in the fryer area. Ultimately, it will help GMs know what they have to order, what their yields are, and help with margin." —Mike Guinan, VP of Operations Services, White Castle
Image 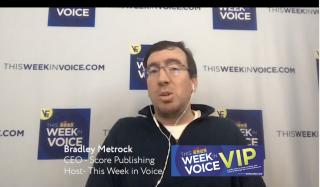 Bradley Metrock, CEO of Score Publications & Host of This Week in Voice

And in an on-demand session, Robert Firpo-Cappiello connected with Bradley Metrock, CEO of Score Publications & Host of This Week in Voice, for a lively Trend Talk on Voice Ordering. It’s a must-watch for businesses who need a primer on this rapidly emerging technology. “The thing that makes voice a little bit different [from other technologies] is the fact that it is so human, said Bradley Metrock. 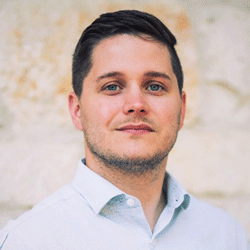 restaurant next insights from fORTINET

“By combining network and security functions, while enabling the reliable and secure use of cost-effective broadband via SD-WAN, retailers are able to reduce complexity, consolidate technology, and save money.” —Courtney Radke, CISO - National Retail, Fortinet READ MORE!

5. Native Delivery Is on the Rise

As restaurants lean into off-premises for the foreseeable future, many are looking at ways to boost the bottom line.

From third-party to hybrid to in-house delivery channels, Native Delivery Rising panel features three executives sharing their insights on how to best navigate the complex world of delivery.

For those operators considering adding in-house delivery, Friedman advises operators to consider: "insurance, how you are paying people, and it enhances your labor force. For us we like to control the experience; the best way to do that is to have a direct relationship with the consumer.” 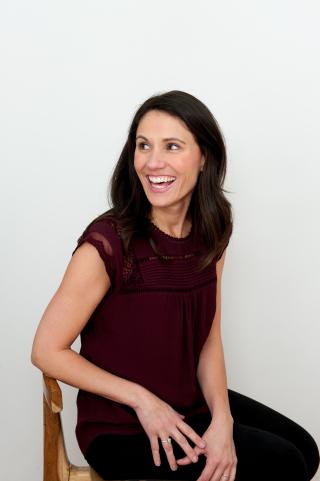 RESTAURANT NEXT INSIGHTS FROM SEVENROOMS

"COVID-19 has impacted every area of the hospitality industry, creating new challenges for operators to navigate. Yet, throughout this time, the use of technology has continued to grow, driven by a need for a more streamlined and safe way to adapt to new operational processes." —Marybeth Sheppard, Senior Vice President, Marketing, SevenRooms READ MORE!

Chris Demery has worked with Domino’s Pizza and Bloomin’ Brands and is now P.F. Chang’s SVP Off-Premises Dining. When it comes to third-party delivery, “The customer chooses," he says. “They have to be able to order third-party if they want to do that, but if you can do self delivery … you can enhance that customer experience. Your job, from a customer satisfaction perspective, is to make them happy. I tell my leadership we have to do both (in-house and third-party delivery."

Restaurants need to get down to brass tacks before making the leap. Skip Kimpel, CIO of 4R Restaurants and TechChef podcaster, made the leap from hybrid to owned delivery. “All restaurants out there need to consider multiple different models and use tools to help them calculate profitability for each one ... RTN (Restaurant Technology Network) helps with the TCO Calculator; it’s something I wish I would have had three years ago,” said Kimpel. 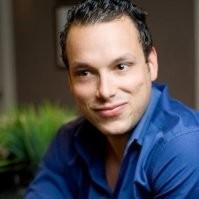 RESTAURANT NEXT INSIGHTS FROM READY

"The new normal has created a new baseline for restaurants and one that isn’t going away after the pandemic. Guests now expect options that afford them safety and convenience while being able to interact with restaurants in a contactless way that doesn’t feel clunky, robotic or non-intuitive. " —Lauurent May, Head of Ready READ MORE!

Double Your Staff: “You can’t just limp into it. You need to double your workforce,” says Friedman. Half of Wing Zone’s employees are delivery drivers, which he calls “waiters on wheels.”

In-house or self-delivery requires an investment in labor. Over the years he’s tried to reassign drivers to other roles in the restaurant. For Wing Zone, that has not worked. Drivers want to drive and make money. It’s about tips and volume of orders, he says.

In the Restaurant Next Highlight Hub, explore the 2020 virtual restaurant conference. in its entirety.