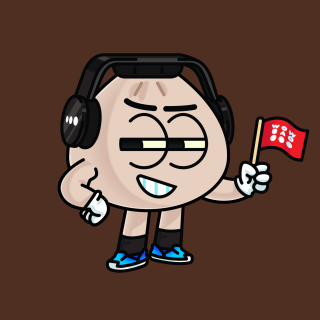 Wow Bao, a fast-casual Asian concept and HT's 2022 Industry Hero, laid out its phased Web3 strategy, which will include an NFT-based extension of their Bao Bucks rewards program and the launch of metaverse vending machines. To kick off these new initiatives, they are launching a contest wowbao.com/metaverse to give away free digital collectibles and Wow Bao branded merchandise.

The initial phase of Wow Bao’s Web3 strategy will begin with the launch of a new NFT-based  access pass, an evolution and extension of their Bao Bucks rewards program, the first and only Virtual Dining Rewards Program to be offered. The passes will be available for purchase and will grant access to their Club. Wow Bao will be selling three tiers of passes which will each unlock increasing levels of unique digital and physical rewards, including monthly giveaways and discounts exclusive to Club members. Unlike traditional non-fungible-tokens (NFTs), passes do not require a crypto wallet or cryptocurrency and can be purchased and accessed with a credit card and an email address. Additionally, Wow Bao teased that they will be bringing their hot food vending machines, currently live in GA, FL, and Las Vegas, to the metaverse in 2023.

Wow Bao’s entrance into Web3 cements its commitment to continually exploring leading edge technology and finding unique and engaging ways to reach new consumers. It follows its early use of self-ordering kiosks in 2010, a fully-automated front-of-house animated cubby experience in 2017, and unprecedented growth the last couple of years to over 700 locations through their virtual dark kitchen program.  Over 100 new dark kitchen locations were launched in October alone. In addition, Wow Bao has an ongoing partnership with Riot Racers, a virtual play-to-earn car racing game, including upcoming tournament sponsorships and an exclusive drop of Wow Bao branded race cars. Fans who want to purchase a Wow Bao car to race in the game should follow both Wow Bao and Riot Racers on Twitter to learn more.

“Wow Bao has always been an early adopter of digital restaurant experiences and this is a natural extension of that leadership stance,” said Geoff Alexander, President & CEO of Wow Bao. “With Wow Bao’s virtual restaurant growth, it is important to connect with guests wherever and whenever possible, whether that be in Dallas, TX, Philadelphia, PA or in the metaverse. We’re excited to bring Wow Bao to the metaverse and build relationships with a new group of fans.”

This week at MURTEC Executive Summit, Alexander shares his insights and more details on Wow Bao's initiatives in the panel discussion,  Fresh Ideas to Attract, Reward and Keep High-Value Customers