By Dorothy Creamer, Mangaging Editor, Hospitality Technology - 05/06/2014
Get great content like this right in your inbox.
Subscribe
Whether home-grown or off-the-shelf, or operating in the cloud or on-premises, there’s one common objective for hotel property management systems: integration. According to HT’s own 2014 Lodging Technology Study, property management systems account for the single largest portion of technology investments, at nearly 20 percent of the total budget. The report also cites that improving operational efficiency is one of the top three most important business goals for operators. Combining property management with other management systems is a necessary next-step for hoteliers to achieve the level of operational efficiency and data control they are seeking.

In a roundtable Q&A, HT reached out to several industry executives to find out where the industry stands on system-wide integration.

HT: From your perspective, what major issues are affecting system integration in the lodging industry?

TODD DAVIS, CIO, Choice Hotels: We’re attempting to take our industry’s older systems, which were developed in a time where static interfaces were standard, and trying to integrate them with newer, more dynamic systems. Days of the standard HOBIC format are gone. CORBA, COM, DCOM all had promises of discovery services. XML/XSL and Web Services can carry heavy payloads across networks and transformations can be costly relative to processing time and thread management.

TODD HOTALING, Corp. Dir., Revenue Management, Lodging Hospitality Management: Looking ahead, I think the major issue will be obtaining key guest information and having the ability to dissect and present it. Since various systems are used in the total process of booking a reservation, some key data such as time of reservation, sub-channels, and event guest preferences can fall off once it gets into a PMS.

From a revenue management perspective, my priority is how frequent (speed) and seamless our systems interface (direct connect) with the often urgent and significant revenue-impacting decisions being made throughout the day. Jumping across various servers or into and out of something cloud-based can delay real-time data that hinders revenue decisions and those strategies we are attempting to implement. If this data is delayed, or not distributed out to our distribution channels, significant revenue losses can occur. Speed and connectivity are becoming issues of the past, hopefully.

DOUG RICE, Executive VP & CEO, Hotel Technology Next Generation (HTNG): The fact that the industry is focused on the cost of acquiring or building a piece of technology rather than the long-term cost of ownership (for the buyer) or revenue stream (for the seller). Most vendors are happy to provide systems that are open and interoperable and these can have a lower cost of ownership because hotels won’t need to pay for modifications every time a connected system is replaced. They may, however, cost more to acquire and build, especially if they are the first implementation for the vendor. While there are many standards that are fairly broadly adopted, it’s tough to be an early adopter of a particular standard. It’s the same problem as when the telephone was new — without other telephones to call, it wasn’t a very useful tool. It only became useful as other people adopted it.

DAVIS: Through the use of loose coupling and using patterns; and by creating transformation logic that can be enhanced through pluggable extensions, versus creating specific binding integration points in your systems.

RICE: The most important is, and always has been, the creation and use of relevant standards. Migration of many systems to the cloud has created new issues that standards don’t solve. As many cloud pioneers have learned the hard way, two systems that connect well in an on-premises deployment won’t necessarily work well in the cloud. As an industry, we are just now getting the kind of experience that will allow us to better understand what we need to look at in these situations. Vendors and hotels alike need a checklist of things to compare when they are moving systems to the cloud, to see what they will need to address to make the process seamless, both from a technical standpoint and from perspectives such as support and version management.

RON STRECKER, CFO, Galt House Hotel: If you look at the history of where we’ve come from — the interface was human, then the interface became a series of cables that someone could trip over and take out the interface, and now we’re talking about integration — I think the next phase is when we have multiple applications that are literally interactive.

Two things are positive steps towards achieving that goal: first is use of web services where you can develop applications that are platform agnostic and you don’t have to worry about whether you’re going into a Unix-based or Windows-based operating system, you’re just dealing at the web-layer side; second is on the industry side, we need to get more vendors to move forward to develop HTNG-standard interfaces rather than waiting for someone to ask for it. I think all operators are looking for HTNG standards but vendors are waiting for us to ask, so it’s kind of “who’s going to go first?”

HT: Are there specific stumbling blocks that are preventing better integration?

DAVIS: Security still can be tricky. Recent standards such as OAuth [open standard for authorization] have made that easier, but it takes time for a critical mass of companies to adopt them. Lots of companies wait and see what others are doing so that they don’t pick the wrong one (remember Laser Discs and BetaMax?). But we still have to deal with federated identity, which is non-trivial. Less practically, perhaps the biggest stumbling block is that that we can’t let go of the idea that there’s not a holy grail — there’s not one big cross-industry solution that will take this problem off of our plates.

RICE: One of the biggest issues, which was more manageable on property but became harder to address in the cloud, is how to keep systems in sync when one of the systems (or the network) goes down. There’s a big learning curve here, and a lot of fumbling as vendors learn how to do this. There are also still major issues when functions of two systems overlap. This has become more common in recent years as user interfaces have gone rogue, due to the evolution of
mobile devices and apps, web mash-ups, and the like. Some new systems are being designed in an open and modular way so that overlap can be eliminated by simply turning off (or not buying)
a module.

HT: What changes do you see coming down the pike that will impact integration?

RICE: Mobility is having a huge impact, because it has been more effective than anything else at forcing a decoupling of business logic from the user interface. The nature of integration changes dramatically when consumers start accessing your system through a mobile app that might do a hundred other things that you don’t do.

STRECKER: I think we’re going to see more vendors of legacy PMS take their product offering to a true cloud environment. That’s what I see as the big change — we’ve gone through the explosion period with PMS — where it’s trying to gather everything possible with the customer and its focus on CRM. I don’t think there’s much more to add to the product offering as far as feature set. Now it’s more a case of updating architecture to integrate with more of the fill-in-the-gap pieces that a lot of these other small vendors are
offering. 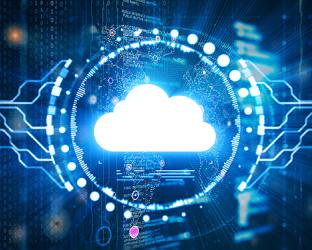 Data & Analytics
The Whole World Is Data – A Story of Revenue Science, Magic and Dogs