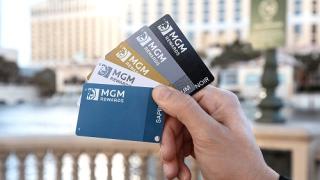 A streamlined experience connects the company’s loyalty program coast-to-coast providing all members more ways to tier up and enjoy meaningful perks at premier destination resorts from Bellagio, ARIA, MGM Grand and Mandalay Bay in Las Vegas; to Borgata in Atlantic City; Beau Rivage in Mississippi; and MGM National Harbor in Maryland, amongst many others.

To learn more about this new loyalty program and the “why” behind the change, HT caught up with Anil Mansukhani, MGM Resorts’ Vice President of Loyalty Marketing for this HT exclusive.  The brand conducted extensive research before recreating and rebranding its loyalty program. MGM "saw this as a great opportunity to enhance member benefits and earning potential as well as create a simpler, more streamlined experience across our many lines of business in both Las Vegas and our regional properties," Mansukhani told HT.

As a welcome to MGM Rewards, for a limited time all members benefit from a 2x multiplier on Tier Credits earned at the Company’s Las Vegas resorts February 1 – April 30, 2022 (at the new earning rates).

The launch of MGM Rewards also comes with a new streamlined app that makes it simple for members to review their tier status and benefits and visualize how they can advance to the next tier.