HuHot found that overall customers spent a whopping 80% more than the cost of the pass during the six months in which its Grill Pass campaign ran. Grill Passes gave HuHot customers the opportunity to pre-purchase 5, 11, or 25 discounted grill meals for redemption in the future. Pass holders then had up to six months to redeem their pass.

The Paytronix platform delivered a frictionless guest experience for purchasing and redeeming the Grill Passes by allowing HuHot to customize its program and integrate loyalty functionality with their own POS system.

“Paytronix provided us with deep analytical campaign insights we were not able to do on our own,” said Stephanie Krause, senior vice president of marketing for HuHot. “This was the first promotion of this sort we’ve offered and we were eager to see what worked and what didn’t. Being able to view pre- and post- campaign incremental spend was hugely valuable.”” 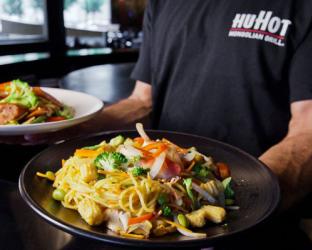