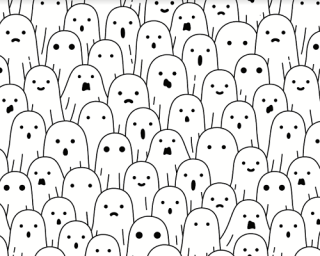 Just in time for Halloween,Ghost Kitchen Brands (GKB) announcedit is building on an existing Canadian relationship with Walmart and plans to open several U.S. locations over the next year, including Texas, California, Illinois and Georgia, among others. And if you didn’t think this is big news, think again.

If you’re a restaurant owner, you’re already fighting tooth and nail for your share of stomach, only now your customers can grab-and-go (or get delivery) from 20+ restaurant brands in one fell swoop from the Walmart around the corner (assuming this ends up scaling). The competition is heating up to deliver meals whenever, wherever and however you want them. Even if that means a cart full of toilet paper, dog food and school supplies topped with family dinner from Wow Bao, Cinnabon and Saladworks.

[Wow Bao is among the Restaurants Leaning Into New Models, New Revenue Streams]

For me, the obvious thing missing in the Walmart / GKB concept is a drive-thru. Most people who want their meal on-the-go want it to stay hot and fresh for the ride home. What they don’t want is a meal mixed up inside an overflowing cart inside a supercenter with mile-long checkout lines. But of course there’s delivery, which may exponentially expand a restaurant’s footprint when you consider the number of Walmart stores. Over time, we’ll see how much is ordered in the store vs. delivery, and perhaps even more interesting, we’ll see how deep Walmart dives into murky ghost kitchen waters.

The fact is, ghost kitchen concepts are exploding; by 2030, they are predicted to hold a50% share of the drive-thru/takeaway foodservice markets. They’re heating up because we’re ordering on the go more than ever, and restaurants want brand saturation and a home for virtual brands, minus the steep traditional brick and mortar financial outlay of a restaurant. Other ghost kitchens, like Reef, allow restaurants to extend their reach fast into urban areas. Reef has three modular kitchens up and running in New York City, and hopes to get its nationwide total to 300.

As reported in theNew York Times, a restaurateur establishing a second kitchen would be expensive, given the costs of rent, construction, utilities and staffing, but with Reef, the restaurant has no upfront expenses. “It doesn’t cost them anything,” said Carl Segal, the chief operating officer at Reef. “We enter into a partnership with them, we keep the revenue and pay them a royalty percentage every month.”

Enter frenemy Walmart, with stores mostly located outside of urban areas. If your restaurants currently only exist on city streets, there’s an easy-to-understand appeal to bully your brand into the bellies of Walmart shoppers (because there’s an awful lot of them). The million dollar question revolves around revenue share. The math has to add up, but the monster around the corner is likely to prove profitable if your brand can hang onto its dignity inside the walls of the Big W. And those who don’t shop at Walmart and order delivery? It’s already been proven this demographic doesn’t care who cooks it or where it  comes from. And they likely won’t know their meal started its journey from inside the aisles of a Walmart.

Darryl Spinks, senior director, Retail Services, Walmart U.S. said in theannouncement, “We are excited to expand our relationship with Ghost Kitchens to continue to bring new and exciting food options to customers, all while providing the convenience our customers need.”

New and exciting, for sure, especially in the ever-evolving landscape of restaurants reinvented. With Walmart spooking the industry, it’s a good time for all restaurants to decide whether or not they believe in “friendly” ghosts, or if the mere thought of Walmart opening ghost kitchens haunts their dreams.

Angela Diffly is co-founder of Restaurant Technology Network. She can be reached at angela at restauranttechnologynetwork.com