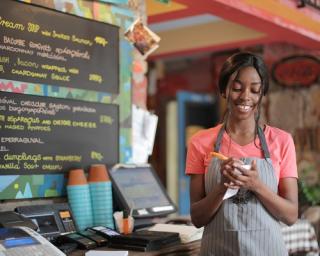 More than half (53%) of restaurant workers surveyed say they are considering leaving their restaurant jobs, with the overwhelming majority of them citing low wages and tips as a core reason for finding new employment, according to a new report, "It’s A Wage Shortage, Not A Worker Shortage: Why Restaurant Workers, Particularly Mothers, Are Leaving the Industry and What Would Make Them Stay."

The report, from One Fair Wage, a national nonprofit that advocates on behalf of subminimum wage workers, and the UC Berkeley Food Labor Research Center, comes as  restaurants across the country are reporting difficulty hiring new workers, with nearly 40% of restaurant companies saying they're having trouble finding servers, cooks and other workers.

“As bad as the subminimum wage always was, it’s even harder now. I have a lot of colleagues who are leaving the restaurant industry because it’s not worth it without One Fair Wage.” —Annette Alcala, Restaurant Worker, New York, NY

“If a large percentage of our workforce decides to leave the restaurant industry, none of the other relief efforts will have mattered. You can’t run a restaurant without a staff. It’s time we raise wages and ensure that we can attract and retain good talent in our industry. — CHEF RON HSU Owner, Lazy Betty’s Atlanta, Georgia.