Prior to the rollout of IT 2.0, Motel 6 was operating on a variety of legacy systems. The company’s CRS was a proprietary platform built on a 20+ year old IBM Informix database and its PMS was a 10+ year old system inherited from previous ownership. While they served the company well for many years, Motel 6 found that their systems could no longer meet the needs of their guests or staff, and when heavy demands were placed on their booking platform, Motel 6 often encountered speed issues and periodic system downtime. Thus, Motel 6 made the decision to solve these problems with a technology strategy and initiative named IT 2.0. This initiative had three underlying objectives: 1) It would be cloud-first, 2) It would be flexible and extensible, and 3) It would increase raw processing and throughput speed.

To that end, Motel 6 partnered with several vendors to implement these new technologies, including: HotelKey for its Amazon Web Services (AWS) cloud-based PMS, Above Property for its AWS cloud-based distributed reservations system, and Afiniti for Artificial Intelligence (AI) in its contact center operations.

While partnering with highly-qualified vendors might sound easy, Motel 6 had its work cut out for it. To ensure these partnerships were successful, the company’s internal IT team had to build a core data services “hub” that these vendors and others could easily “plug” into or “unplug” from based on business need — maintaining the best control for the brand.

The IT team built their core foundational microservices architecture directly in the AWS environment themselves — including an all-new cloud-native database. Through training, certification, research, designing and development, Motel 6 planned and executed a highly complex build and transition to this new core services architecture.

Additionally, as Motel 6 began IT 2.0, it transitioned from a legacy waterfall code development process to Agile Scrum. It also initiated the transition to a DevOps and automation pipeline model to release code. This involved Motel 6 training its software development team, building a scrum framework and scrum team, building a modern QA team, and establishing the proper processes and documentation to execute Agile and DevOps.

However, none of the efforts above could be delivered or sustained without re-evaluating and restructuring the legacy support model. The Motel 6 technology team was originally structured to support on-premise data centers and an older database core. With the move to the cloud, Motel 6 found it needed to bring on new full-time talent (such as cloud architects, enterprise architects, scrum masters, business analysts and QA automation staff)  to the Motel 6 technology team and train and develop several existing team members on cloud architecture, security and databases.

“IT 2.0 is a testament that the power of insightful research, innovation and teamwork has strategically and effectively positioned G6 Hospitality, and our brands Motel 6 and Studio 6, for future success,” Burgess said. “What I am most proud of is that as IT 2.0 developed and advanced, so did the G6 Hospitality team. The creation of IT 2.0 helped us build new skills and technical capabilities, increased our number of cloud certifications and created a new standard of excellence across the team.”

Since the implementation of IT 2.0, Motel 6 has seen tremendous success. For example, it has realized 100% uptime of the AWS cloud-based Above Property DRS since its initial deployment which was not possible with the legacy on-premise CRS. The increased stability of this cloud platform also reduced OTA synchronization errors by more than 50% within the first several weeks. This cut manual corrective actions by 40 hours per week.

Check Our our other 2020 Hotel Visionary Award Winners!

We also awarded Edwardian Hotels London, RLH Corporation and Hyatt with a 2020 Hotel Visionary Award! Check out their stories here.

“The intuitive interface for HotelKey cloud PMS has allowed staff to spend additional time focusing on guests instead of being delayed by the legacy applications of the past, resulting in a 10% reduction in check-in time,” Burgess said. “With this intuitive interface, the hotel staff can also more easily accommodate changes on-the-fly, providing a more seamless service experience at the front desk. And AI technology from Afiniti has also aided the Guest Reservations team in improving the guest experience by matching guests with the best available agent when booking at our call centers.”

Motel 6 has seen a 4% revenue increase in its first year of partnership with Afiniti. That’s an increase of 17,000 room reservations in the first year.

Motel 6 reduced time to deploy code through automation. This automation has increased code consistency and repeatability, while reducing the time to complete by more than 80%. Moreover, the new Agile IT model has lowered cost of experimentation as Motel 6 is now able to test new business requests faster, with less cost and lower risk. The adoption of DevOps and Agile IT has increased Motel 6’s velocity, reducing previous six-month changes down to just two weeks. In addition, Motel 6 is able to execute cloud code upgrades and migrations with zero downtime due to its ability to spin up, replicate, and tear down environments instantly on AWS.

“Now that we’ve created our microservices core and moved reservations and property management to the cloud, we are looking forward to doing the same with our entire digital booking platform which includes mobile websites and our mobile app. Guest experience is a top priority, and we know that mobile is very important to them, so in the near future we plan to release more fast, clean and personalized features that meet their needs,” Burgess added. 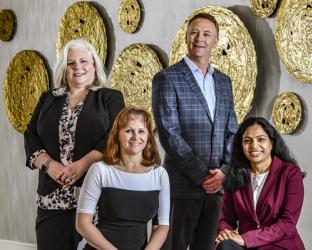 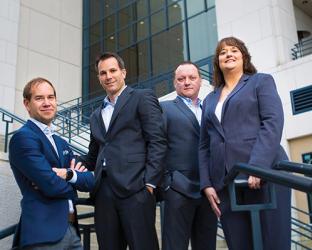 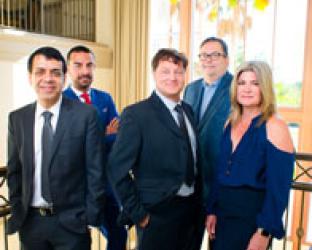