Yum Brands, the parent company of KFC, Pizza Hut and Taco Bell, has confirmed it has been hacked.

The ransomware attack impacted certain information technology systems, and data was taken from the company’s network, according to a January 18 statement by Yum Brands.

Upon detection of the incident, the company initiated response protocols, including deploying containment measures such as taking certain systems offline and implementing enhanced monitoring technology.

Fewer than 300 locations in the United Kingdom were closed for a day.

The company also initiated an investigation, engaged the services of cybersecurity and forensics professionals, and notified (US) Federal law enforcement, according to the statement. The investigation is on-going.

Yum’s data breach comes as the number of victims paying ransoms has declined significantly in recent years, dropping from 76% of victims in 2019, down to 41% of victims in 2022; however it doesn't mean that ransomware is no longer a threat, reports ZDNet. 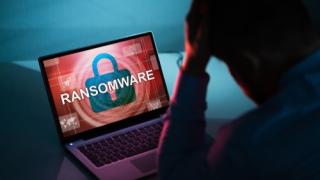 In response to a ransomware attack Yum Brands closed fewer than 300 UK locations for a day.
Advertisement