In light of the ADA lawsuit involving Domino’s Pizza, hotels and restaurants should get compliant now to avoid being sued.

In what may have far reaching effects for the accessibility of mobile apps and online ordering to people with disabilities, the U.S. Supreme Court on Oct. 7 denied Domino’s petition to review a ruling by the U.S. Court of Appeals for the Ninth Circuit, which said Guillermo Robles can sue the pizza chain under the Americans with Disabilities Act.

This case is poised to determine the extent to which all businesses must make their websites and mobile apps accessible to the blind and visually impaired. Plaintiffs have filed nearly 600 website accessibility complaints this year under the ADA, according to Bloomberg Law, and courts have split over whether the ADA applies to websites. However, the Justice Department hasn’t issued regulations clarifying companies’ online accessibility obligations under the law, reports Bloomberg.

Without a clear set of defined standards, this ruling creates uncertainty for businesses with apps and websites and paves the way for more lawsuits.

“…They will have to wait for the courts to clarify what technology is necessary to meet ADA accessibility standards. As a result, it is possible that innovation could be stifled as businesses make efforts to avoid exposing themselves to liability,” said financial site The Motley Fool.

Hospitality Technology reached out to Scott Topolski, an attorney at the regional law firm Cole Schotz who represents businesses in ADA cases, to get his take on the significance of the Supreme Court’s decision to not hear Domino’s Pizza LLC v. Robles and what it means for hospitality companies today.

What's the significance of the Supreme Court turning down this case and what the implications of this decision means for future ADA cases?

“The significance of the U.S. Supreme Court denying certiorari (Editor’s Note: an order by which a higher court reviews a decision of a lower court.)  is both short and long-term. With respect to the short-term implications, the trial court’s decision in Robles was clearly a win for those of us, like myself, who defend these cases. The reversal of the trial court’s decision by the 9th Circuit Court of Appeals undid, for lack of a better term, that victory at the trial court level. By virtue of the U.S. Supreme Court’s refusal to hear the case, that unfavorable decision of the 9th Circuit Court of Appeals remains in effect. As such, it is yet another unfavorable decision for defendants and defense counsel in ADA website accessibility cases.”

What are the long-term implications of this decision?
“As to the long-term consequences, had the U.S. Supreme Court granted certiorari and agreed to hear the case, then everyone involved with ADA website cases—plaintiffs, defendants and counsel on both sides—at least would have had the benefit of more certainty or clarity with respect to such cases, whether the Supreme Court affirmed the 9th Circuit’s decision or reversed it. Thus, at this point, we still do not have the benefit of the nation’s highest court ruling on a website accessibility case,” said Topolski.

What should hospitality companies do now?
“Hotel and restaurant operators should be doing what all businesses need to do, i.e, getting their websites compliant, ASAP, and not waiting to get sued because at that point, the costs involved will only increase dramatically,” advised Topolski.  “The challenge of course is that without Department of Justice regulations in effect, which was the basis for the trial court’s dismissal of the Robles  lawsuit, the question arises as to what exactly is involved in getting compliant. The only real measuring stick, as of this date, is the Web Content Accessibility Guidelines (WGAC). These, however are guidelines not law.”

Anna Wolfe is Hospitality Technology’s senior editor.  She has more than 15 years of experience as a B2B journalist writing about restaurants, retail and specialty food. Read More 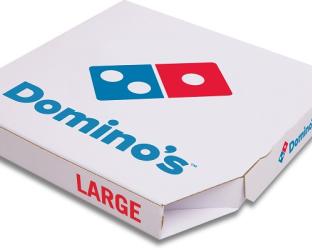