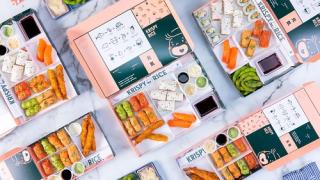 The partnership between C3 and TGI Fridays has led to quick success for both parties, providing digital culinary brands that can be cooked out of partner digital kitchens.

The test phase of the TGI Fridays and C3’s partnership rolled out last fall in Orange County, California, and Maryland and with Krispy Rice, which centers on gourmet sushi boxes. Based on success, the TGI Fridays leadership team has agreed to expand markets and take on two of C3’s additional brands -  Kumi, C3’s Japanese-inspired nori taco and sushi concept, and newly launched Stonie Bowls – featuring signature rice, salad and poke bowls in partnership with competitive eater and YouTube personality Matt Stonie.

The partnership between C3 and TGI Fridays has led to quick success for both parties, providing digital culinary brands that can be cooked out of partner digital kitchens. The deal with C3 provides for expanding kitchen utilization capacity and generating additional revenue.

C3’s Founder and CEO Sam Nazarian said, “As the virtual restaurant industry continues to innovate, we are thrilled to partner with America’s favorite restaurant brand TGI Fridays, complementing our virtual restaurant brands with Fridays popularity and scale to provide for added revenue opportunities. The sky is the limit with our work together and as we plan to expand our partnership across the country.”

Ray Blanchette, CEO of TGI Fridays, added, “...This partnership allows us to to react to changing consumer interests, provide more menu choices and a fun guest experience at TGI Fridays.”

C3's  Go by Citizens mobile app provides a digital culinary market experience where consumers can order from in one transaction and with no hidden delivery fees.