September brought some good news to the restaurant industry. The sales recovery continued into September, which at -8.1% same-store sales growth, became the best performing month since February (before the pandemic hit restaurant sales at a national scale), according to the Restaurant Guest Satisfaction Snapshot published by Black Box Intelligence. Not only was this the first month of the COVID era that had restaurants losing less than 10% of their sales year over year, but it also represented a small acceleration in the pace of sales recovery compared to previous months.

Restaurant guest sentiment showed a considerable year-over-year improvement during September based on two key attributes of the restaurant experience: food and service.

For the last two consecutive months, over 50% of all guest online mentions related to restaurant food on were classified as positive. This is significantly higher than food sentiment measured a year ago and a huge improvement from the 34% of positive food sentiment measure back in April during the height of the pandemic impact. This is probably the result of guests adjusting their expectations to the current reality and being more forgiving of restaurants, particularly when they feel other aspect of the experience such as cleanliness and a sense of safety are being met.

A similar pattern was observed for guest sentiment based on restaurant service, which became almost 7 percentage points more positive year over year in September. Many service-related guest comments are centered around following COVID safety protocols and restaurants following through may be part of the story on these soaring service scores. 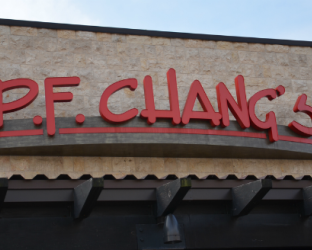