HT-NEXT: Is Your Hotel a Hacker's Paradise?

HT-NEXT: Is Your Hotel a Hacker's Paradise?

12/16/2016
Get great content like this right in your inbox.
Subscribe
With the rise of the Internet of Things (IoT), hotel guests and guestrooms are increasingly connected. With significant growth predicted for the future of IoT, hoteliers have begun to adopt a number of innovations, particularly mobile technology, such as hotel apps. For example, more and more hotels allow guests to check in and unlock guest rooms via mobile devices. And some hoteliers are upgrading hotel rooms to include room control systems that allow guests to adjust lighting and temperature in a hotel room using a smartphone, in-room tablet or panel. However, with these innovations, new attack surfaces have emerged, as well.

During #HTNEXT, Ted Harrington, Executive Partner, Independent Security Evaluators, the security research organization behind esteemed hacking concepts such as IoT Village, will present on this topic during the general session titled "Hacking the Connected Hotel." This session, which will take place on Wednesday, April 12 at 10:30 a.m., will examine the threat landscape for the connected hotel, extracting the critical concerns for today’s hoteliers, their vendors, and the industry as a whole. From mobile key solutions to thermostats, Harrington will offer insight into how adversaries attack and provide guidance on how executives and security officers can work together to combat them.

Harrington drives thought leadership initiatives for Independent Security Evaluators, the organization of security researchers and consultants widely known for being the first company to hack the iPhone. Harrington was recently named Executive of the Year by the American Business Awards, an international body that receives thousands of nominations from around the world. He has also been named 40 Under 40, where he was both one of the youngest inductees in the class as well as the only honoree from the field of information security. He is one of the organizers of popular hacking concept IoT Village, as well as one of the organizers of SOHOpelessly Broken, the first ever router hacking contest at esteemed security conference DEF CON. Harrington holds several special appointments, including to the California Governor’s Cyber Security Task Force, University of Southern California, and several others. He holds a bachelor’s degree from Georgetown University.

Have you registered for #HTNEXT? Early bird registration is $295 and expires Dec. 31st! 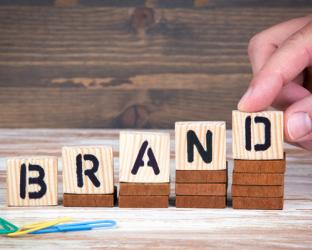 HT-NEXT
Brand Intimacy: Does Your Hotel Have What It Takes? 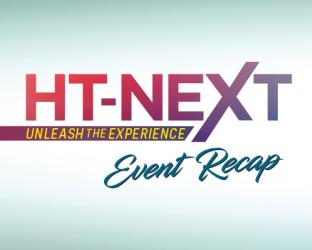 April 2018
Competitive Advantage at the Nexus of Tech & Collaboration