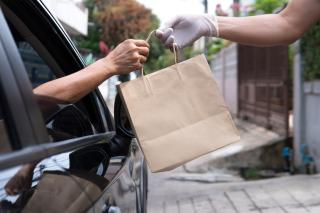 In-car ordering isn’t a new idea. Restaurant customers have been placing digital orders from their phones for years, and in-car tech such as OnStar has allowed partnerships like the one General Motors and Domino’s announced in 2019.

But recently, tech-forward restaurants such as BurgerFi have been expanding in-car ordering opportunities, testing a program with 4G connected cars and the Malvi.io solution, which allows drivers to order, pay, and coordinate pickup. This summer, BurgerFi will launch in-car ordering in 5G interactive cars, allowing guests to order via voice or dashboard. (Learn more about BurgerFi’s latest moves in “BurgerFi Is Poised for Continued Growth With Hughes.”

“5G is going to have more connectivity, which will boost the power of the vehicle’s browser,” says Dan Rasmussen, General Manager and SVP, Enterprise Division, Hughes Network Systems.

Is a new, faster, more efficient breed of in-car ordering via 5G poised to make an impact? We checked in with restaurant operators and solution providers for their insights and advice. 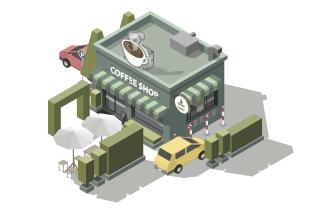 Restaurants’ implementation of in-car ordering is growing, with many brands recognizing its potential, but also displaying caution in the near term.

“This is part of our longer-term roadmap as we continue to expand consumer reach beyond the four walls,” says Minh Le, Chief Information Officer, Checkers & Rally’s Drive-In Restaurants. “It’s a great use case for expansion of our Voice AI technology. Prior attempts by tech companies at in-car ordering haven’t been widely adopted yet, but I think that will turn in the next year or so as the underlying technology gets better.”

“It’s probably not a front-and-center for QSRs yet, but we all know that drive-thrus are the center of many restaurants, and ordering from the car – and identification – will be important,” says Vadim Parizher, Vice President of Technology, Taco Bell.

“It’s bound to be something we leverage when a tipping point of mass and a set of standards are available,” says Clark Matthews, Vice President, Information Technology, El Pollo Loco. “The biggest critical consideration at the moment is when will in-car tech tip the scales enough to invest in.”

“I don’t see ordering as the initial ‘killer app’ for 5G cars,” says Joe Tenczar, Chief Strategy Officer at Sonny’s BBQ and CIO, Restaurant CIOs. “A majority of things your phone can do will probably still be done through your phone.”

For innovative restaurant operators considering implementing in-car ordering now or in the near future, the roadmap is relatively clear — and, thankfully, is in synch with other omnichannel efforts already well underway.

“Step back a little bit: There’s a lot of technology that needs to be enabling this,” says Parizher. "Companies that have a strong commerce platform in their ecosystem will have an easier time extending that to the car. It’s what Taco Bell calls the connected restaurant. How do we utilize that concept to extend to cars? In-car ordering is another channel that will come into its own. The problems to solve are the same as any channel.” Parizher outlines five steps to the in-car ordering process:

Naumann further expands on the omnichannel approach: “Integrating interactive car ordering with all of the other ordering touchpoint technologies (inside dining, drive-thru, mobile, online and third-party marketplaces) is essential to managing the efficient timing of food production. With orders coming from multiple sources, managing the food production queue is essential to ensure timely completion of orders and maximizing customer satisfaction. An intelligent order management system should prioritize orders based on order source and expected or promised delivery times.”

“Work on those fundamentals today,” says Rasmussen. “That foundation will prepare you for the interactive car of the future.”

“Third-party restaurant delivery and marketplaces like DoorDash, Grubhub and Uber Eats will likely work with car manufacturers and their interactive display interfaces to be pre-loaded on the systems,” says Naumann. “Restaurant brands should work with the interactive display interfaces to make adding their apps to the display as seamless and frictionless as possible for drivers. Many restaurant chains would prefer customers order directly from their branded app instead of third-party marketplaces, as it is more cost effective and they retain the customer data.”

When will in-car ordering graduate from “emerging” and assume the coveted title of “killer app”?

“I think the value of this proposition comes with full autonomous driving,” says Tenczar. “When that become government-approved and vetted technically, the ability to have the car take you home and automatically order you food so it’s ready when you pass by on your way home is ‘killer.’”