This fast casual brand is seeing explosive digital revenue growth as a result.

When a brand increases its digital revenue by more than 216% in a year, it gets attention. When a fast-casual restaurant does, it’s eye-opening. When it’s during the largest pandemic in a hundred years, it’s front page news.

It also represents an underlying enviable achievement: the culmination of traditional retail undergoing a complete digital transformation. In Chipotle’s case, the company wasn’t just seeking online revenue growth, it was aiming to reinvent its business model--shifting from primarily serving dine-in customers to a company centered on mobile ordering with in-store or at-home fulfillment.

In other words, most customers use “go to Chipotle.” But for more and more customers, Chipotle is a food app.

The only way the brand was able to pull this off was to have its technology, product and marketing teams strategically aligned to create a seamless digital and in-store customer experience.

Now, with more than a year of digital learning, Chipotle is aiming to scale its cross-channel marketing, and fitting the different components of its marketing mix together into one cohesive operation.

For most retailers, this type of initiative is more vision than reality as none of this has previously been straightforward or easy. But as an industry leader, Chipotle has consistently demonstrated bravery and agility. It takes calculated risks all the time and it has shown it is willing to shake things up to improve how it operates.

Navigating the marketing technology ecosystem can be quite challenging, even for the savviest of brands. Some companies in this space preach the ability to provide a single platform serving all of a brand's needs and providing a magical dashboard that pulls together the brand’s vital data. In reality, the modern retail marketer usually has had to evaluate dozens of different marketing channels and potentially hundreds of point-solution vendors. And typically, none of these so-called “solutions” work well together, causing extensive inefficiencies, cost and fragmented views into customer and revenue impact.
Therefore, even if a legacy marketer has the desire and the resources available to suddenly push into direct-to-consumer mobile selling, for instance, the tools available in the marketplace can leave them dissatisfied or frustrated. Or worse, if a brand mulling such a shift executes poorly, thanks to poor martech infrastructure, it could damage their consumer relationships. 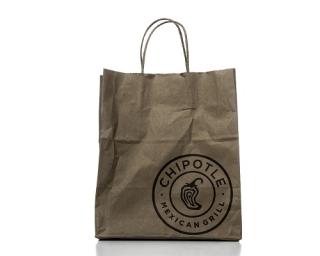 But if a brand could comprehensively manage all of its digital channels and data operations from one place, it would be able to conduct and measure true cross-channel marketing.

There was nothing theoretical about Chipotle’s mobile shift. It is one of the only retail brands we’ve seen that has elegantly integrated its digital vendors and systems, enabling them to deploy new campaigns at a fraction of the usual cost and lead time.

Chipotle’s Chief Technology Officer, Curt Garner, worked at Starbucks for 17 years and was instrumental in helping to turn it into one of the largest retail empires in the world before joining Chipotle in 2015. In June 2017, we partnered to bridge the gap between marketing and technology, remove potential friction either internally or with other technology partners and provide an end-to-end solution for Chipotle’s digital marketing operations.

Like most brands, Chipotle wanted to measure and optimize its campaigns across various media channels and platforms, in real-time. Marketers and technologists know this is the unfulfilled promise of martech.

Oftentimes these systems are, by design, not built to work together; and are often deployed from point-solution providers.

Since we are integrated into point-of-sale solutions, Chipotle was able to use our offer management technology to create a centralized hub for all aspects of its digital marketing and promotions. It covered everything from email response to social media conversion figures for existing and new customers, as well as data from online ordering and delivery platforms like Uber Eats, DoorDash and Grubhub.

Initially, Chipotle wanted to gauge how well digital ads were driving real-world orders. We were even able to tie together data from point of sale--if somebody saw a promotion on Twitter that contained an offer code and walked into a store to buy a burrito, we were able to track it. We could also see the full purchase data and help the marketing team with more real-time conversion data to help them understand their most valuable initiatives and channels.

To say this level of holistic marketing is uncommon is an understatement.

Last year, during the NBA finals, it all came to fruition in a high-profile moment. Every time one of the commentators said the word “free” during the first half of the broadcast (e.g., “Steph Curry goes in for a free-throw”), Chipotle tweeted out a redemption code. The first 500 people to redeem the code via SMS received a free entree, such as a burrito or order of tacos, and the recipients were then able to receive their free item via delivery or in-store purchase.

The most impressive part was how quickly this all came together. Chipotle didn’t even have an idea for this promotion until two weeks before the finals. A campaign of this size and complexity typically takes months to plan and execute; we helped Chipotle launch it in just a few days.

Chipotle gave away $1 million in free food through that promotion. Given what the brand learned and the thousands of new direct customer relationships it formed, a million dollars’ worth of burritos was a small price to pay.

From tweet, to SMS message, to mobile or online ad all the way through an in-store or online purchase, Chipotle was able to track every stage of the marketing funnel and gain critical insight into how best to test and learn from its offer management.

Those learnings have been critical in response to the COVID-19 crisis. While other fast-casual brands have had to create or shift digital strategies, Chipotle has moved forward with what it already knows works.

That includes continuing its signature programs like National Avocado Day and National Burrito Day, offering customers a sense of “business as usual” even in the midst of uncertainty. Record engagement for both campaigns during the pandemic underscores how well Chipotle has tapped into the current zeitgeist.

That awareness carried over into operations. Chipotle adopted its own delivery option early on, introduced tamper-proof packaging and reconfigured traffic patterns at its locations to better accommodate pick-up service or expand drive-thru options (Chipotlanes). With 17 million loyalty program members and digital sales tripling year over year to account for 49% its Q3 2020 revenue, all indications are that Chipotle is reaping the rewards of the customer trust it’s worked so steadily to build.

Merchants and brands love to talk about all the data they’re collecting and how they’re using it to make more informed marketing decisions. But unless those brands are like Chipotle, and have figured out a way to make all their channels work holistically, in real-time, they’re barely scratching the surface.

Catherine Tabor, founder and CEO of Sparkfly. She is one of HT's Top Women in Restaurant Technology Innovator Award recipients for 2020 and she is an editorial contributor to HT.