During Hilton Worldwide Holdings Q4 2018 Results Earnings Conference Call on February 13, 2019, President and CEO Chris Nassetta revealed that 75% of Hilton's overall business come from its direct channels. In particular, its web channels represent about half of that 75%, and between 40-50%  of its web channel traffic comes from the company's mobile app which is growing at a "pretty astronomical rate."

"Obviously we like that that's where we want to continue to push as many of our loyal customers as we can as that’s the absolute most efficient channel," Nassetta said. "So we're really pleased with the progress there."

As with most hotel brands, Hilton persuades customers to book direct with promises that they'll get the best price or deal and that their actual experience on property will be better because of their use of Hilton's technology – including its loyalty platform Hilton Honors – to book the room. One way Hilton did this in 2018 was with its use of the Anna Kendrick television ads where she promoted booking directly with the company.

"We're very focused on driving direct relationships and direct business," Nassetta said. And if you look at our web-direct channels, they remain the fastest growing channels that we have and growing at a much faster rate than OTA channels."

In fact, Nassetta said that its web-direct channels grew three times the rate of all other channels.

Nassetta discussed on the call how the company gained 14 million new loyalty members during 2018 which brings is total membership to 85 million at year end, up approximately 20% year-over-year.

"Growth is coming from every major region of the world with roughly 40% of members coming from outside the United States," Nassetta said. "Our Honors members now account for approximately 60% of system-wide occupancy, which is up 200 basis points for the full year. We expect continuous enhancements to our Honors program coupled with innovations like Digital Key and Connected Room, to continue to drive more direct relationships with our guests."

Since its launch in 2015, Hilton has scaled its digital key technology to more than 4,100 properties globally and guests have opened more than 40 million doors to date, using the app based feature. The company has also rolled out more than 1,800 Connected Rooms with plans to bring the technology to approximately 300 hotels by the end of 2019. According to Nassetta, this will allow guests to create more personalized travel experiences through Hilton's partnerships with Netflix and Showtime and other customization features.

Hilton's goal is to have more than 100 million loyalty members by the end of 2019 and Nassetta said he is "highly confident" the company will reach that goal.

"We're experiencing very high growth rates," Nassetta said. "We don't think, by the way, those growth rates are not going to abate this year."

However, the Nassetta says the growth in loyalty membership numbers isn't the real win. Instead, it's the level of engagement between the members and the brand.

According to Nassetta, five or six years ago the company would have said that only 15-20% of its loyalty members were really engaged with the brand. Now, Hilton estimates 42 million or about 50% of its members are engaged and show both recent stay and purchase activity.

"That's a big deal," he said. "That statistic is a really, really important one." 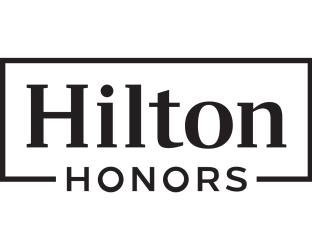 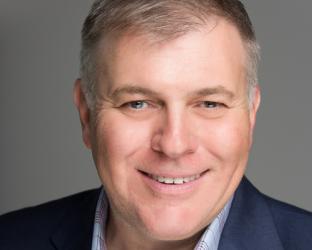