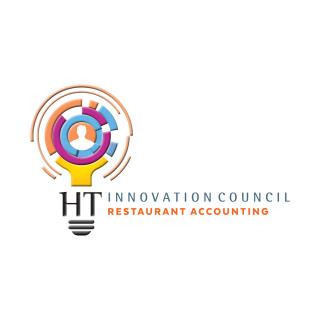 The Council considered must-haves for accounting system buys. The report found that the majority of restaurants are focused on a clean view of data with robust dashboards. The council weighed in with Bill Valentas, vice president of finance, Freddy’s Frozen Custard & Steakburgers, noting, “[People] don’t need crazy dashboards with tons of charts, they want something simple that they can look at and see exactly what they need to see and take appropriate action.”

Other members agreed, adding that teaching associates how to take action based on business data is an issue. They need to be able to easily make a decision on what to do with — or about — specific data points.

Brandon Keith, CFO, World Famous Fare, explains that with the BI platform his team uses, managers have the ability to pull reports in real-time, every 10-15 minutes or as often as every three seconds via mobile.

“More often GMs will just do an end of the day pull of data and use their mobile devices to micromanage,” he adds.

Of course, ease of getting data is only a benefit if associates know how to use it. “It doesn’t matter if it’s fast, but not actionable,” Mark Quandt, CFO, Wood Ranch BBQ & Grill, says. “We want to get data into one system and get it out, but then we want managers to be able to drill down and understand where specifically there are problems and what action to take to solve for it.”

Steve Song, CFO, Luke’s Lobster  says managers become desensitized to data when they receive it in a constant stream and that the flow of small incremental changes doesn’t always register concern for employees, as much as the shock of seeing a larger change.

Valentas notes that there is often a disconnect between what the executive team wants versus the teams on the ground. Managers might not have a sense of urgency for looking at and analyzing data, which results in a lack of action. “They want to run full speed with the guest, and we want to run full speed with the things we’re analyzing,” Valentas says. “They can’t make a change that’s impactful to the business because their priority is spending more time with the guests and not running a report.”

Nova Hospitality Group addressed this lack of employee investment in business numbers. Instead of pushing numbers to managers and telling them where they were over or under, they offered a bonus to all managers related to six specific data points tied to P&L: sales, labor with benefits, food, alcohol, direct ops and end of line.

“In one year we took operations guys and taught them to operate financially,” Bruce Nelson, CFO, says. “Now they call me and say: ‘This isn’t right.’ We added $1 million in profit.”