Imagine, you’re the head of engineering at a large urban property. Electricity use accounts for 60-70% of your utility costs, and you use 218 gallons of water per day per occupied room — just like the average American hotel. Management is under pressure from the brand to cut those costs — yet again — without impacting guest comfort in any way.

Thankfully, continuing innovation in energy technology is making that seemingly impossible goal a reality. For example, the California Hotel & Lodging Association (www.calodging.com) asserts that water-efficient fixtures can reduce water and sewer bills by up to 30%, while energy-efficient lighting can reduce electricity use up to 75%. Increasingly granular data collection, remote management and analytics are helping hotels exert more nuanced control over energy use, uncovering new pockets of savings without impacting guest comfort.

“We’ve been able to implement some really sophisticated technology that has enhanced the guest experience and saved us money. It’s been a benefit to all of us,” says Randy Gaines, SVP operations and new openings, Americas for Hilton (www3.hilton.com/en/index.html) and co-chair of the AHLA’s (www.ahla.com) Sustainability Committee.

Analytics Drives Change
Every hotel can identify its overall energy costs, but tracking back usage on a granular level to drive more savings has been an ongoing challenge. The Seaport Hotel and World Trade Center in Boston (www.seaportboston.com), for example, only has one meter for power, making it hard to determine which of the three to four energy saving projects they do each year is delivering the savings.

Hilton created its own platform to measure energy use, called LightStay, which has amassed five-plus years of data.

“We track that energy use in LightStay and then go after our ROI projects because now we have good data, we know high costs or high use areas,” says Hilton’s Gaines. That data is also key to engaging with third parties on energy projects and qualifying for rebate programs and certifications such as ISO 14001.

By making energy harvesting wireless sensors, thermostats and other products that draw no power, enOcean (www.enocean.com/en/) says hoteliers can collect more data from rooms and control more things in addition to being cheaper to install and retrofit-friendly. That means more data to feed to a partner product such as IBM Watson, which applies predictive analytics to guest behavior to drive greater energy efficiency of HVAC and other equipment.

Data Driven Efficiency
Data also made all the difference for Grand Hyatt Atlanta-Buckhead (www.atlanta.grand.hyatt.com). When the hotel upgraded its underused InnCom (www.inncom.com) EMS system and integrated it with Hot SOS (www.amadeus-hospitality.com), they were able to reduce both energy costs and guest complaints. The system quickly revealed that current thermostats were off by three degrees; compensating guests whose rooms were too hot was costing the hotel $60k a year. The integration automatically generated work orders for malfunctioning HVAC systems; 70 the first night, then more batches on subsequent nights. They began running tests on empty rooms every Sunday until most issues were resolved, and now test periodically.

“We were running around putting out fires whenever somebody complained,” says Wes Shirley, director of engineering for the property. “Now we’re finding issues before they even check in.” Guest complaints about HVAC fell well out of the top ten and refunds for hot room complaints dropped
to zero.

“If they don’t understand the technology and it’s not easy to use we find that they turn it off,” Blorstad says. “The key is making sure that the operations side of the hotel has an understanding. It’s very helpful if things are web-based and they can adjust things and can see issues that they might be having with the rooms.”

Solutions such as Verdant’s enable users to create recipes — setting profiles they can apply to groups of rooms, based on exposure, season, etc. Since installing the system nearly a year ago, average run times for HVAC systems at Baywood fell from between 34.5-57% to below 23%. “The unit is running one third less than it would normally run,” Blorstad says. “So there’s the energy savings, and now equipment might actually last four or five years longer because of run times.”

Wireless networking to support energy management was a boon to Seaport Boston, enabling the property to better locate its Telkonet (www.telkonet.com) thermostats. Tom Taylor, chief engineer recalls that prior to installing Telkonet, the diffuser was directly above the thermostat, satisfying the thermostat too quickly. Now temperatures are more comfortable, and the property gained remote control of outlets to turn off lights and set back temperatures in rooms.

With two years of data from the EMS, Taylor is now starting to use it to fine-tune, such as comparing southern exposure rooms to others. That’s a good idea, since two years in is when EMS savings may fall away as hoteliers sometimes deviate from their original settings, such as over-using VIP mode.

The paradox of energy saving technologies is that the more thoroughly hotels adopt them, the harder it is to keep up the pace of savings. “We’ve been doing it so long, so it’s harder now because we’ve almost peaked,” says Hyatt’s Shirley. Hoteliers are “trying to scramble around to try to push more and some hotels can’t.”

Where to Save with Water

While electricity costs loom, water is an increasingly critical concern for cost and sustainability. Hilton uses a wide variety of strategies that have reduced its water consumption by 14.1% over five years. The brand has achieved 181.1 gallons of water per occupied room, well under the industry average.

They start by heat mapping water use and looking at water and sewer costs by area to shape strategy. Some of their most effective water-reducing strategies include waterless landscapes, capturing rainwater, reusing water for things like landscaping and cooling towers, and metering to get credits for reducing sewer use. Satellite technology that tracks the weather and ground moisture helps limit excess irrigation. The brand also uses ozone and cold water laundry in some locations, and swapped out three-year-old low flow showerheads for even newer models cut water costs 20% to 25% at its Puerto Rico properties.

Sustainability as a Selling Point

Many brands let guests know about their sustainability efforts, but elect to keep guests from having to actively participate. But in certain niches, such as properties marketing to millennials, it makes sense to put energy savings front and center.

At Rezidor Hotel Group’s (http://www.rezidor.com) Radisson RED in Brussels, a Tesla Powerwall stores energy from the hotel’s 20 solar panels to power to the lobby video wall and add to the hotel’s energy grid. Guests are invited to contribute as well - using SportsArts’ (http://gosportsart.com/) fitness equipment, they can generate power that can be immediately used in the hotel or to power their smartphones.

Those and other initiatives “make the staff really proud and also put RED in a good position to carve what is going to be tomorrow's business,” says Inge Huijbrechts, Vice President Responsible Business, Carlson Rezidor Hotel Group. 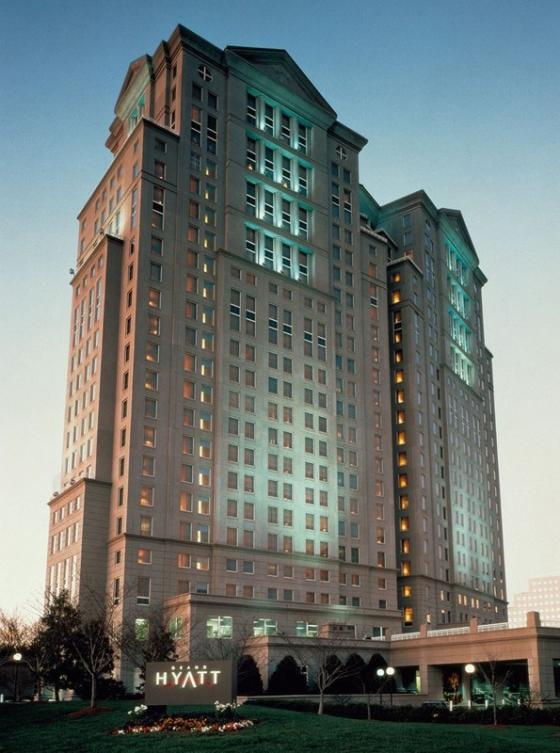