11/04/2015
Get great content like this right in your inbox.
Subscribe
One month following the Oct. 1 EMV (Europay, MasterCard and Visa) liability shift for businesses, just 41 percent of small businesses have installed EMV chip-enabled payment terminals, according to new research from TD Bank. An additional 40 percent of small business owners (SBOs) say they plan to switch to the new technology soon, but indicated they have obstacles with or concerns about making the conversion. The remaining respondents said they either do not plan to install EMV (10 percent) or they are not aware of the new compliance rules regarding payment terminals (9 percent).

The TD Bank Small Business EMV Survey was conducted between Oct. 1 and Oct. 7, 2015, and polled more than 500 small businesses that currently accept credit or debit payments via payment terminals, asking about their adoption of EMV payment technology, perceptions about its benefits and challenges with the system.

Cost Misperceptions
The findings reveal that SBOs' perceptions of the costs associated with new payment terminal are directly connected to their willingness to make the switch. More than half (58 percent) of SBOs who have not yet transitioned to EMV payment technology said one of their biggest apprehensions is the cost associated with switching. Contrary to several reports prior to the liability deadline that indicated purchasing and installing an EMV system could cost close to $1,000, SBOs who have implemented the technology reported spending an average of $450.

"Small businesses carefully balance income and expenses as a best practice, and a conversation with their banker or merchant services provider can help determine the true costs associated with converting," said Julie Pukas, Head of U.S. Bankcard and Merchant Services, TD Bank. "Small merchants that make few transactions may need only one EMV terminal, making the switch to the compliant technology less likely to be a strain on their business' budget."

Fraud not a Concern
The greatest benefit of adopting an EMV-compliant payment terminal is the liability relief it provides small businesses in the event of a fraudulent transaction. The survey showed that 73 percent of SBOs say they are not very/not at all concerned about vulnerability to fraud.

Among SBOs who have not adopted the technology, just 13 percent stated it is because of a lack of concern about data fraud.  Conversely, 70 percent of those who have become EMV complaint named added security as its top benefit. These business owners also say EMV better protects customers' information (58 percent) and safeguards their business from the liability of fraud (54 percent).

"Businesses of all sizes need to think about the potential long-term effects of not installing the more secure EMV system. One fraudulent transaction could be costly, and implementing EMV payment technology acts like an insurance policy for businesses if they have this unfortunate experience," said Pukas.

Training Needed
More than one-third of SBOs who have implemented or plan to invest in EMV terminals indicated the time involved to set up and learn the system (37 percent) and to explain the new process to customers (36 percent) is challenging.

"Purchasing the new terminals is only step one – businesses also need to ensure they're operational and using them correctly," Pukas said. "We've seen some businesses install the technology without activating the EMV chip reader, which renders it useless for both parties. Your financial institution can help educate and guide you for a seamless transition." 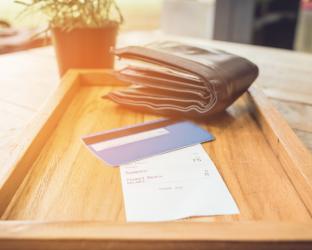 POS
How to Combat Chargebacks with Restaurant Technology 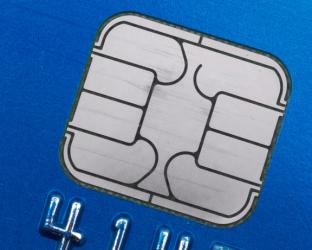