When Louis Burke, Senior Manager, Safety & Loss Prevention, joined El Pollo Loco, he had to contend with numerous alarm management protocols as El Pollo Loco had a half dozen vendors for intrusion alarms. Every vendor had different terms of engagement, and there was no way to hold anyone responsible even when the alarm systems failed.

“When I first started, I received a call from a restaurant about their missing safe. When I called the large well-known alarm company, I was told that they had stopped receiving signals from the alarm system at the location for over six months! Apparently, we had not signed up for a separate add-on service that would have ensured the communication channel between the alarm and the monitoring center was working. All along, we were paying service charges with no one monitoring our location and no communication from the alarm company.”

This incident marked a turning point in El Pollo Loco’s approach to loss prevention and paved the way for a complete review of how intrusion monitoring was implemented.

“We decided to untangle ourselves from the maze of alarm vendors and work with a company that understood our needs and was willing to take ownership for the service. That’s why we decided to hire Interface,” said Burke.

The service scope included replacing outdated alarm systems with a state-of-the-art new system along with Interface’s 360 Alarm Maintenance Service that ensured all maintenance issues with duress buttons, connectivity, and the alarm panels were proactively addressed along with a comprehensive yearly technical inspection to ensure the alarm systems remain operational at all times. The revamped managed alarm service by Interface became the gold standard for El Pollo Loco, as Burkes team insisted on following a similar engagement model and protocol with other service providers as well.

Once El Pollo Loco streamlined the basic alarm monitoring systems, Burke set his eyes on rolling out cameras to the remaining 40% of restaurants that still did not have video in place. However, the team wanted to effectively demonstrate ROI on the proposed investment first.

As Burke was reviewing the security operations, the hefty false alarm fines that added up to several thousands of dollars every year stood out. Working with Interface, El Pollo Loco piloted a video verified alarm service at a few of their restaurants where cameras were already installed.

The results of the pilot project were eye opening. Every time a restaurant location had an alarm event, Interface’s remote monitoring team would verify if the alarm required a call to the local law enforcement or not. Only 5% of the alarm events actually required police intervention. The rest were all false alarms!

The pilot project paved the way for the installation of security cameras at all El Pollo Loco locations. Interface’s video verified alarm was then made available in all the locations and directly contributed to thousands of dollars in savings per year, as El Pollo Loco cut down false alarm penalties and associated costs by 95% across their corporate-owned restaurants.

“In addition to the direct savings associated with eliminating false alarms, our store associates are happy as they are no longer being woken up at odd hours with a false alarm. Every time they receive an emergency call from Interface, our associates know that they have a verified event,” says Burke.

The custom-built video verified alarm solution is also helping to prevent crime at El Pollo Loco.  Recently, a serial burglar attempted to make off with a significant amount of cash stolen from the smart safe at a Los Angeles-area location. The Interface Command and Control Center identified the burglary in progress and immediately dispatched the police. The burglar was arrested on the scene.

Interface is currently in the process of working with El Pollo Loco’s IT department to also eliminate expensive POTS lines and convert their alarm panels to help them reduce cost for all their locations. According to Burke, “The biggest advantage of working with Interface is not just the value for money, it’s the robust, process-oriented culture, the willingness to listen to customers, and the ability to creatively solve problems keeping the interest of the customer in mind.” 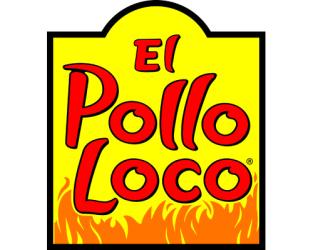 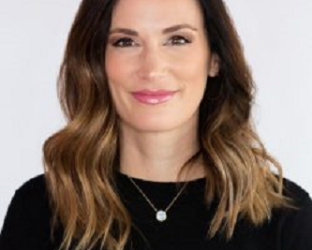