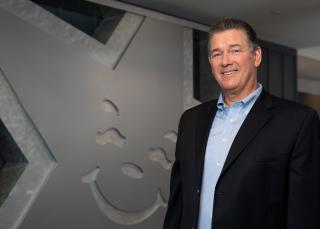 “John is an excellent leader with a penchant for team building and moxie for driving successful business outcomes,” said Chief Executive Officer Ned Lyerly. “John knows our business inside and out, has an excellent rapport with our franchisees and will continue to elevate operational excellence throughout the CKE system.”

Most recently, Dunion served as CKE’s Chief Supply Chain Officer. He joined the company in 1996 as vice president of purchasing and was promoted to senior vice president of purchasing two years later. Dunion has held progressive management roles in the company, including chief administrative officer. Before joining CKE, Dunion held management roles at Unigate Restaurants, Jack in the Box and Taco Bell Corporation. He holds a bachelor’s degree in biology from Pennsylvania State University.

“I look forward to maximizing my operational discipline and supply chain expertise to support the company’s future growth,” said Dunion. “We have a talented team across operations and supply chain, and I’m proud to have the opportunity to work with them as we take the Carl’s Jr. and Hardee’s brands to the next level.”

The company announced additional promotions to further round out the new operations structure. Brian Cassidy has been named senior vice president – Carl’s Jr. operations overseeing both company and franchise operations for the Carl’s Jr. brand. Cassidy joined CKE in 2017 as vice president of operations and has since been key to the brand’s success. Prior to joining CKE, Cassidy owned and operated his own restaurant and led operations for some of the top QSR brands. He holds a dual degree in Business and Culinary Arts from the International Culinary Academy.

Todd Huetinck has been named senior vice president of supply chain management with a focus on food and packaging purchasing in addition to oversight of distribution and quality assurance. He has deep experience in sourcing, food safety, supplier quality management and continuous quality improvement. Todd started his career at CKE in 2006 as a senior food technologist and has held progressive management positions in the company. He has an MBA in Supply Chain Management from California State University – San Bernardino.