As the first touchpoint for guests, Edward — an AI chatbot created by Edwardian Hotels London’s internal technology experts — aims to be the ultimate (virtual) host. He contacts guests three days prior to arrival via SMS asking if they have any questions or requirements ahead of their stay and manages the feedback he receives appropriately by tapping into more than 1,600 topics within his knowledge base. (Note: He can even respond to emojis!) Plus, he can recall prior preferences from repeat guests and make the necessary arrangements to ensure these requests are taken care of ahead of time. He also aims to provide answers as quickly as possible, ensuring staff members have enough time to focus on other tasks, and interact with guests.

Always looking to improve, Edward has recently added meeting and event management skills to his repertoire. Event planners and organizers can text Edward whenever they have an additional requirement, from finding a meeting room to pushing back lunch, and Edward will ensure the request is handled. But he isn’t just a guest-facing chatbot.

Edward has also been “transformative” for employees. For example, he can answer staffing/HR questions such as:  What’s my holiday balance? What’s the maternity leave policy? or What shift am I on tomorrow? He can also provide access to forms or videos on how to operate certain objects within the hotel, and offer upcoming training modules.

All of this is possible because his creators gave Edward 360-degree access to the hotels’ internal platforms — from human resources to spa bookings. The technology team at Edwardian Hotels London developed APIs for Edward that would be compatible with third-party systems currently in use, including Oracle Opera PMS, Oracle Simphony POS, ASSA ABLOY, Salto, and the Alcatel phone system.

How far reaching is his expertise? Consider this: he has conversed with more than 400,000 guests in 66 languages in more than 90 countries. In 2019, Edward handled 69% of all guest requests, saving the hotel 84 working days. He also is an excellent salesman. Depending on the hotel, the average Edward room service bill is between 10% and 50% higher than phone orders, and in one hotel it is actually double.

But Edward does more than just sell; he improves customer satisfaction. Guest surveys have found that the NPS score, overall arrival score, overall departure score and overall experience score display a satisfaction rating on average between 0.12 points and 0.14 points higher compared to guests who did not interact with Edward.

How has Edward come to be such a useful chatbot? Much of the credit goes to Michael Mrini, Director of Information Technology. As Mrini first started coding and developing Edward, he designed Edward to develop “the way a child does.”

“Children learn by listening and then imitating,” Mrini explains. “So we gave Edward 20 years’ worth of data and then allowed it to begin ‘speaking’ by asking it questions and seeing how it would respond. As it responded, we corrected it and told it how to better phrase its responses. If we asked it questions it didn’t know the answer to, it would come back to us and ask for help. Once we provided that help, it knew how to answer that question — or similar ones — forevermore.”

But just learning to respond to guest questions and route requests to hotel departments isn’t the be-all end-all for Edward. Mrini wants Edward to learn skills that enable it to be just as useful as a talented employee that can help out in multiple departments.

Future plans for Edward include teaching it how to make a reservation the way a reservation agent would. While it can make a very simple, straight-forward booking, it isn’t yet able to answer more complex guest questions along the lines of: “What do you think? Should I book this room or that suite?”

“Edward is learning at the moment from our reservation agents,” Mrini explains. “And once we see that he has got the confidence to go a bit further and take on more responsibilities, we will give them to him.”

Plans for Edward also include allowing him to open guestroom doors (via digital key), control the AC and lighting, and more.

Edward has already demonstrated how he can come up with solutions on his own. For instance, he realized that guests were regularly leaving behind their passports in the guestroom safe. So he began to look at which guests were from overseas, and on the day of their departure, would send them a note asking if they had remembered to take their passports out of the guest room safe.

“The response from guests was outstanding,” Mrini explains. “Guests replied with statements such as: ‘Oh God! Thank you so much!’ and Edward virtually eliminated that issue for both our guests and our hotel staff.” 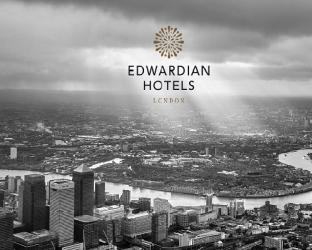 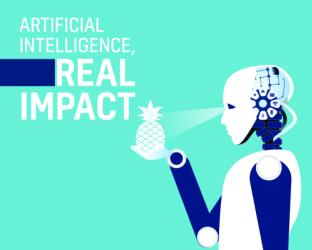