In a Presidential Executive Order issue on March 6, the Trump administration ordered Shiji Information Technology Co. to sell StayNTouch, a cloud-based hotel management software provider company, because it believes there is “credible evidence” that Shiji Group “might take action that threatens to impair the national security of the United States.” It ordered the Chinese company to divest itself of StayNTouch and its assets, including customer data, within 120 days. Shiji Group acquired StayNTouch in 2018.

In a statement that was give out on March 6, Shiji Group said:

“Beijing Shiji Information Technology is disappointed by today’s Executive Order. We believe President Trump’s decision was incorrect. Shiji is not a threat to U.S. security in any way. The U.S. government did not adequately explain the basis of its decision to us. In fact, Shiji does not access the guest data of StayNTouch Inc.’s customers.”

“We offered a range of significant proposals to mitigate any concerns the U.S. Government might have, including further restricting access to guest data and appointing an independent monitor to ensure these protections. Unfortunately, those offers were rebuffed.”

According to The New York Times, this order from the Trump Administration is another example in a recent series, showing that “administration officials and lawmakers of both parties have grown increasingly concerned that China’s investments in the United States are targeted at acquiring technologies and data that could put American national security at risk.”

This is the third time President Trump has prevented a foreign company from purchasing a U.S. company based on national security grounds and only the sixth time a U.S. president has done so in the last three decades, according to Bloomberg.

According to the Financial Post, on Sunday, March 8, Shiji Information Technology said it would comply with the President’s order and would completely divest StayNTouch even though it does not agree with the national security risks described in President Trump’s order. 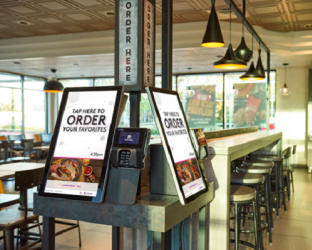