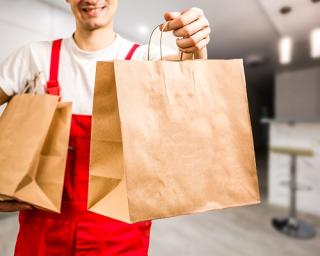 Half of gig workers (50%) surveyed are choosing to work in the food/grocery delivery sector, according to the second annual Branch x Marqeta Gig Payments Report, a joint study on the work and payments preferences of gig workers.

Branch, a workforce payments platform, and Marqeta teamed up on the joint study  that surveyed over 1,000 workers who turned to gig and 1099 work in the last six months. The study found that 85% of respondents have recently increased or planned to increase their gig work, with 58% citing inflation as the primary reason for seeking more work.

Workers surveyed cited higher pay, scheduling flexibility, and faster payouts as their top incentives for taking on gig work. Higher pay topped the list at 67% with scheduling flexibility (60%) and faster payouts (59%) neck-and-neck for second and third place respectively. Forty-seven percent of those surveyed rely on gig work for at least half of their income. With rising inflation cited as impacting both work and personal expenses for 57% of respondents, many surveyed said access to cash more quickly is critical to meet financial needs. The most costly expense for workers surveyed is fuel (61%), followed by equipment/supplies (9%).

“We’ve learned that the traditional pay cycles are increasingly outdated for today’s workers. They require faster payments to better manage life’s expenses, especially amid growing inflation and rising gas prices that have had a significant impact on their work this year so far,” said Vidya Peters, Chief Operating Officer at Marqeta. “By enabling faster access to wages with modern cards, we can help grow the gig economy through enhanced financial security for its growing workforce.”

"Workers have increasingly turned to the gig economy to have greater speed and flexibility over when they work and how they get paid," said Branch Founder and CEO Atif Siddiqi. "As contractors navigate challenges such as inflation, managing expenses, and running their own businesses, instant payments paired with cash flow management tools can empower this next wave of entrepreneurs."

The profile of the independent worker has shifted to reflect the ongoing pandemic. Gig workers are choosing the food/grocery delivery sector (50%) and cleaning/home repair services (12%) as their primary industries, as rideshare decreased significantly from 10% of respondents in 2021 to 5% this year. The Great Resignation trend is also fueling gig work, with 35% of respondents citing they’ve quit, or plan to quit, full-time employment in the past year to join the gig economy.