Restaurant gift card sales appear to be making a comeback after a less than stellar 2020. What’s more, 2020 redemption rates aren’t far behind those of 2019, demonstrating steadfast consumer demand more than 15 months after the onset of the pandemic. 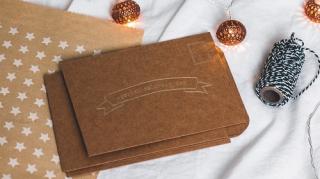 That's according to Paytronix Mid-Year Gift Card Report 2021, that examines year-over-year comparisons of gift card sales during the spring holiday period, as well as six-month redemption curves based on factors like service type and card type. Highlights include:

Moms, Dads, and Grads: Consumers came out in force in 2021, with the number of cards sold in May and June up more than 54% over the same period in 2020. That represents 91% of 2019 gift card sales for the same two months, indicating a healthy recovery.

Overall Redemption: The redemption rate for gift cards sold in 2020 tracked higher during the initial seven weeks after purchase, as compared to 2019 and 2018. But after the nine-week mark, 2020 gift cards were redeemed at a rate that was slightly lower than 2019 and significantly lower than 2018. Because the majority of gift cards are sold at the end of the year, those that would have been redeemed in the early months of 2020 were likely impacted by the rise of COVID-19 in the U.S.

Redemption by Segment: QSRs saw redemption rates decline the least. Although gift cards sold by QSRs in 2020 were redeemed 3.6% less often through six months when compared to 2019, this difference was considerably smaller than those for casual-dining and fast-casual restaurants, which saw redemption rates fall by 5.4% and 5.8%, respectively. Meanwhile, fine-dining gift cards were actually 0.9% more likely to be redeemed within six months than those sold in 2019.

Centered around data from a time unlike any other, the Paytronix Midyear Restaurant Gift Card Sales Report 2021 provides an in-depth look at restaurant gift card sales, with a focus on how the figures from the first half of 2021 compared to those from the same time frame in the two previous years. It examines overall gift card sales, sales during holiday periods, sales by channel and service type, and redemption profiles. All data is sourced from gift card sales processed by Paytronix between January 1, 2018, and June 30, 2021.