Three Southeast Asia hotels are piloting the technology in line with immigration authority to trim down check-in times by as much as 70%. Here are some more benefits and use cases to support user adoption.

The recently launched system allows guests to check into hotels using kiosks or mobile phones to verify their identity.

Since tourism accounts for about 4% of the nation’s gross domestic product, companies in Southeast Asia (Singapore) are testing a facial-recognition system known as E-Visitor Authentication, which is linked directly with the city-state’s immigration authority. The recently launched system allows guests to check into hotels using kiosks or mobile phones to verify their identity. According to the Singapore Tourism Board and local hotel association, “That can trim check-in times by as much as 70%.”

So far the technology is reportedly being piloted at three hotels and one of the users, Grand Park City Hall, estimates the new process to reduce the time it takes for a guest to check in down from about five minutes to now about one minute. “Guests now enjoy more convenience,” says General Manager John Kockan. The other hotels testing the technology are Ascott Orchard and Swissotel the Stamford.

Senior Minister of State for Trade and Industry Chee Hong Tat announced the initiative at the Hotel Industry Conference 2019. Chee told the event: "Today, hotels have to deploy staff at check-in counters to check passports to confirm that the individual's face matches the passport photo, and to verify that they are in the country legally. Some hotels have implemented self-check-in kiosks with facial recognition technologies to automate the first task, but not the second. With EVA, both tasks can now be automated."

Chee believes the reduction in check-in time will translate to more than 11,000  hours saved annually for larger hotels and will also free up front-office staff. General Manager of Fairmont Singapore and Swissotel The Stamford Marcus Hanna, says the system has helped “eliminate large amounts of paperwork while enhancing productivity and efficiency.”

"In the past, there used to be long queues behind counters with colleagues manually helping to process guest check-ins. Now, technology has made possible the completion of check-in in about three minutes and check-out in less than 30 seconds for each guest," Hanna said.

However, Chee warns that technology is not meant to replace employees but to help them increase efficiency: "The aim is to enhance the capabilities of our workers, so that they can take on higher-value roles which are more productive and earn better wages over time."

While the hospitality industry is a competitive landscape and technology can be a differentiator, as Chee cautions, it must be mixed with the human touch and strong security measures in order for companies to reap the benefits. 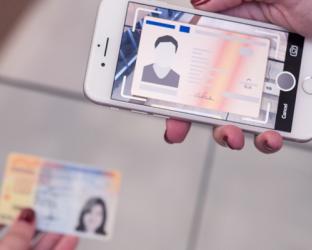 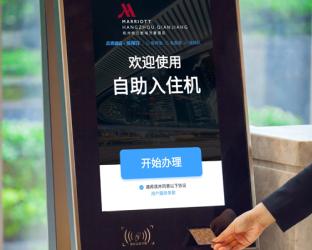