By Bob Midyette - 11/17/2011
Get great content like this right in your inbox.
Subscribe
With 22 innovative ships, and more than 270 destinations in 72 countries across six continents, Royal Caribbean International is always looking for ways to increase guest satisfaction and sales.

For several years, the firm has offered a popular beverage package featuring Coca-Cola products. This beverage package entitles guests to unlimited fountain soda for a set price at the beginning of their cruise vacation. While this package yielded a very high penetration rate among guests and became one of Royal Caribbean’s single most popular offerings in food and beverage, it did not rate high on guest satisfaction.

The majority of the adverse comments we received from guests centered on their inability to refill their soda in the timely manner that they felt entitled to receive. After careful examination and extensive testing, they company implemented two unique solutions that completely changed guests’ experiences while increasing sales.

RFID Technology
In early 2008, Royal Caribbean commissioned both their souvenir cup manufacturing partner, Whirley DrinkWorks, and their sister company ValidFill to develop a self-service soda fountain machine prototype that would allow the company to better control and elevate their soda beverage packages.

The prototype used radio frequency identification (RFID) technology, which allowed guests who purchased the unlimited fountain soda packages to serve themselves while restricting service to guests who chose not to purchase the package.

After two years of testing, the company unveiled a specially designed souvenir cup from Whirley DrinkWorks with an embedded micro chip and next-generation soda fountain dispensers retrofitted with the RFID technology from ValidFill. The dispensers instantly reads the micro chip at the bottom of each cup, validates access to the beverage package and pours the correct amount of soda, preventing guests from filling other cups or containers. Because liquids can adversely affect electrical signals, the RFID readers are contained in a water-proof stainless cabinet below the soda dispenser and special antennas are sealed in the drip tray.

Says Bob Midyette, director of fleet beverage operations for Royal Caribbean International and Azamara Club Cruises, “For the first time, guests are not dependant on an employee for timely service.”

Ultraviolet Technology
Taking things a step further, the firm then asked themselves in depth questions, “What if the self-service program is as successful as anticipated?” and “What demands would that success place on the firm’s operation?” Traditionally, several thousand souvenir cups were unwrapped each week per ship, washed in a dishwasher, dried, lids placed back on and then sold.

It was a time-consuming process and the company became concerned that even a marginal increase in soda package sales could quickly overwhelm their workforce with the additional work and limit sales. With this in mind, the company began benchmarking best practices from various theme parks and discovered that sanitizing cups at the point of production rather than the point of sale reduced labor and allowed the firm to provide the highest level of assurance to guests and crew members alike.

In a process approved by the United States Public Health organization (USPH), a division of the Centers for Disease Control (CDC) that regulates the cruise ship industry, the souvenir cups now come to the ships pre-sanitized and cleaned. Each cup goes through an ultraviolet (UV) tunnel cleaning process before they are packaged and shipped to Royal Caribbean. The UV lights use different wavelengths to ensure the cups are bacteria-free and safe for guests. Thanks to UV technology, there is a reduction in overtime and labor and staff are freed up to better engage guests.

Improved Sales and Guest Satisfaction
These technology solutions helped to change several business processes for Royal Caribbean, starting with the sales process. The self-service dispensers are a great sales generator because once guests learn that a souvenir cup is required for access, most choose to purchase an unlimited fountain soda package and we’ve experienced a significant increase in soda sales, since the dispensers were implemented.

The serving process also has improved. An excellent example of this can be seen at the pool deck, a very high volume bar, where in the past a significant percentage of guests would wait for a bartender to refill soda. Now, guests serve themselves, which allows the company to provide faster and more frequent service to guests requesting drinks other than soda.

Since the deployment, guest satisfaction has increased significantly. Crew members also benefit because they can focus on providing great service and selling premium cocktails. And, based on testing one ship, Royal Caribbean’s sales expanded by 107 percent.

Royal Caribbean is committed to elevating the guest experience; with RFID and UV technologies, the company has dramatically improved guest satisfaction while increasing efficiencies, productivity and sales and experiencing a return on their investment of over 1,000 percent since implementing these changes fleetwide.

Bob Midyette is the director of fleet beverage operations for Royal Caribbean International, a global cruise brand with 22 innovative ships calling on more than 270 destinations in 72 countries across six continents. The line also offers unique cruise tour land packages in Alaska, Canada, Dubai, Europe, and Australia and New Zealand. Midyette is also the director of beverage operations for Azamara Club Cruises, Royal Caribbean’s exclusive luxury line of cruise ships. The RFID technology described in the above case study won Royal Caribbean International the award for Best Use of RFID to Enhance a Product or Service in the 2011 RFID Journal Awards. 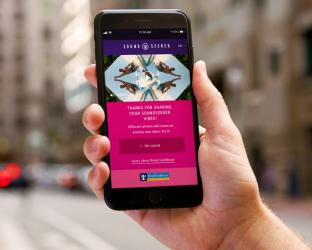