What a difference a year makes!

The Restaurant Technology Network (RTN) had its first public unveiling at the 2018 installment of the MURTEC Executive Summit. Abigail Lorden, VP & Brand Director of Hospitality Technology, and Angela Diffly, Co-Founder & Director of Memberships, RTN, told Summit attendees how an idea scribbled on a napkin — or several napkins and thrown around with a few trusted restaurant executive advisors, had finally come to fruition. Fast forward 365 days give or take a few days, and RTN has delivered on many of its biggest objectives, not least of which is forging  an impressive roster of dedicated restaurant company and vendor members. RTN has 84 member companies, including luminary restaurant brands such as Brinker International, CKE Restaurant Group, Wendy’s, Dunkin Brands, Bloomin’ Brands, Firehouse Subs as well as leading technology suppliers like Comcast Business, Oracle, OpenTable, Restaurant 365, just to name a few.

The closing day of Summit offered an early morning update on the progress being made in RTN workgroups as well as an overview of the association’s mission. Diffly facilitated a discussion among a small sample of Board of Governor members in the year-old group, including: Tamy Duplantis, CIO, Return on Information Consulting; Joe Tenczar, co-founder, Restaurant CIOs; Subha Rajagopalan, VP, IT Applications, P.F. Chang’s; and Marina O’Rourke, Vice President Technology, Tropical Smoothie Cafe. They were joined by Patrick Dunphy, CIO, HTNG, who acts as workgroup facilitator.

“Vendors, we want your tech folks ... this is something where everyone wins,” says Rajagopalan.

VIEW ON-DEMAND!   Join us to learn more about a new community bringing technology talent from the restaurant and supplier side to the table to discuss challenges and build consensus around 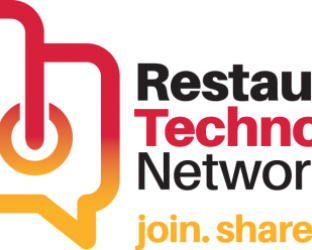