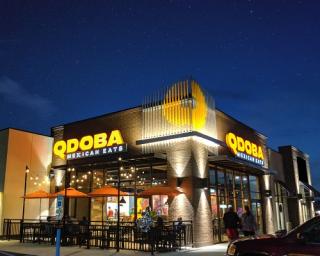 Butterfly today announced entry into a definitive agreement with funds managed by affiliates of Apollo to acquire QDOBA, via a merger transaction with Modern Restaurant Concepts.

Based in San Diego, QDOBA is the No. 1 Mexican fast casual franchisor in North America. It operates nearly 750 units across North America, about 450 of which are franchised. Known for its signature queso and hand-made guacamole, QDOBA has been voted best fast casual restaurant for four years in a row by USA TODAY’s 10Best.

Upon closing of the merger transaction, expected in Q3, the Modern Restaurant Concepts platform will comprise approximately 800 units touching nearly every U.S. state and the combined restaurants will employ nearly 18,000 systemwide. Each of the QDOBA, Modern Market and Lemonade brands will continue to accelerate system growth through company-operated, franchised, and licensed openings. MRC leadership believes that there exists growth potential for more than 3,000 total units across brands.

“We are incredibly excited to partner with Butterfly in the next phase of QDOBA’s journey alongside Modern Market and Lemonade,” said Keith Guilbault, current QDOBA CEO, who will continue to lead QDOBA as Co-CEO of MRC. “We’ve only scratched the surface of QDOBA’s potential to date and Butterfly’s food focus will strengthen our ability to grow and deliver great food to our loyal customers.”

“QDOBA is an iconic brand whose reach will help us bring Modern Market and Lemonade to new consumers and franchisees around the country, particularly as we begin our own franchising journey,” said Rob McColgan, current MRC CEO, who will continue to lead the Modern Market and Lemonade brands as Co-CEO of MRC. “We’re thrilled to welcome the QDOBA team to the Modern Restaurant Concepts family and believe that together we can build something truly differentiated in the restaurant space.”

As part of the transaction, King Street Capital Management is investing alongside Butterfly.