As pandemic-related supply chain woes mount, a gap is growing between vendor expectations of receiving payment and businesses’ ability to process and pay invoices on time. Additional margin pressure due to commodity price volatility and labor shortages means that more businesses than ever are turning to Plate IQ's Zero-Touch AP automation to deploy enterprise-grade back-office automation, pay vendors faster and earn cash back with the VendorPay network.

Last month, Plate IQ announced the launch of VendorPay, a network that allows customers to pay more than 180,000 vendors directly from their AP platform and earn cash back via secure digital payments. Vendors can use VendorPay to track the payment status of their invoices and reconcile payments to outstanding invoices digitally.

Since March 2020, Plate IQ has added over 8,000 customers and processed over $2 billion in invoice payments through the VendorPay network as of October 2021. The surge in demand for digital payments and back-office automation in the restaurant and hospitality industries has also driven Plate IQ’s growth in AP automation with over 50,000 invoices processed daily from 20,000 business locations.

Plate IQ’s vertical-first approach to building capabilities and integrations has made it a leading AP automation tool across the restaurant and hospitality sectors, from Michelin-starred fine dining restaurants and national fast food chains to hotel groups and country clubs.

“When I started at Tender Greens, our AP department had three people,” says Sean Skuro, vice president of finance and accounting at national fast-casual chain Tender Greens. “Today, even as our business grew from 17 to 24 locations, Plate IQ has cut our bookkeeping costs in half and allowed us to move forward with an AP team of just one employee." 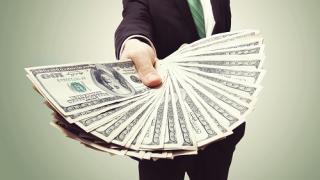