04/25/2017
Get great content like this right in your inbox.
Subscribe
Paytronix Systems, Inc., a provider of reward program solutions to restaurants and retailers, today announced that Pinkberry is the winner of its 2017 Paytronix Loyaltees Award for Best Early Adopter of a Paytronix feature. Working with its Paytronix Data Insights Strategist, Pinkberry designed and ran a Double Points promotion that successfully delivered a measurable lift and attribution for a new product trial.

The Paytronix Loyaltees Awards is an annual program designed to identify and spotlight Paytronix customers who are leveraging the Paytronix Rewards platform to deliver innovative and market-defining guest experiences.

The double points promotion motivated thousands of Pinkberry fans to experience the newest innovation, Pinkbee’s. The delta in both visits and spend were up as compared to the control group, demonstrating that the promotion drove incremental visits and spend.

“I’ve been doing email campaigns for seven years, but after the Pinkbee’s Double Points promotion, I won’t think of doing a campaign without Target and Control. Before we couldn’t look at the engagement, but with Paytronix we can see through to performance,” said Anne Schultheis, Digital Marketing Manager, Kahala Brands.

Restaurants
Burger Chain Increases Average Ticket by $5
Loyalty
Yesway Drives 45.2% of Its Loyalty Members from Pump to Store with Paytronix 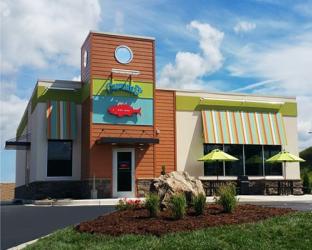