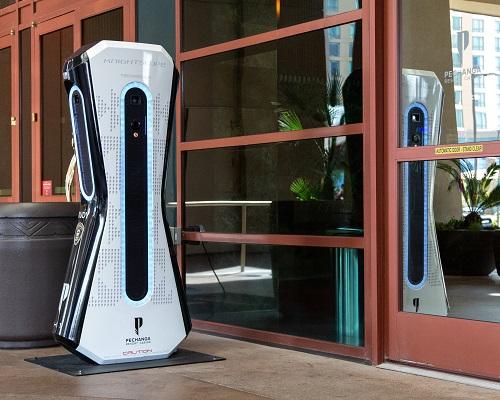 Knightscope has been testing its beta release of facial recognition with existing client, Pechanga Resort Casino in Temecula, Calif. “Knightscope’s enhanced capabilities provide Pechanga with added levels of security that were not possible before,” said Robert Krauss, Vice President of Public Safety at Pechanga Resort Casino. “We began working with Knightscope and their security robots over a year ago. Pechanga knew the technology would be another tool for the resort-casino’s 350-person public safety team in maintaining wellbeing for our guests and team members.”

Knightscope will demonstrate the new system for the first time publicly at ISC West in Las Vegas on April 10-12 in booth #2127 at the Sands Expo Convention Center. ISC West is a security industry trade show in the US, and Knightscope will be featured in its Unmanned Security Pavilion.