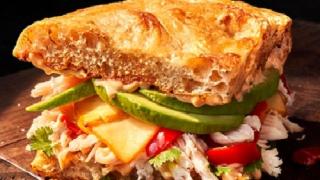 Panera Bread has revealed its goal to become climate positive – removing more carbon from the atmosphere than it emits – by 2050. Panera today updated its Food Beliefs to include climate goals. With approximately 25 percent of global greenhouse gases created from food production, Panera hopes to lead and inspire its industry to address the climate crisis.

We embrace the responsibility to take immediate and relentless action to create positive change and hope that our industry will follow us.
Niren Chaudhary, CEO, Panera Bread

“Climate change is one of the greatest humanitarian crises of our time, and we must act now for our planet. We embrace the responsibility to take immediate and relentless action to create positive change and hope that our industry will follow us. We are sharing our vision for a climate positive future to inspire both our industry and our supply chain partners to take urgent, decisive and clear action,” said Niren Chaudhary, CEO, Panera Bread.

Sustainability for the Planet

Panera is among the brand's touting its sustainable initiatives. Last October, in collaboration with World Resources Institute (WRI), Panera began labeling climate-friendly "Cool Food Meals" on its menu—those meals that have a low impact on the climate.  According to HT’s 2020 Customer Engagement Technology Survey, few were focused on recycling and environmental sustainability in 2020, but operators cannot and should not forget the importance of the environment to their guests and to the overall future of the hospitality industry.

[ The Post-COVID Renewal: The Shift To Sustainable Offerings in The Hospitality Sector]

Reaching this climate positive goal equates to removing approximately 2.4 million metric tons of carbon dioxide equivalents each year as compared to Panera’s 2019 greenhouse gas baseline. This is equal to the amount of carbon sequestered by 2.96 million acres of forest per year, an area 14 times the size of New York City. Since 2017, Panera has already reduced emissions from its operations by 15% per square foot, meeting its 2022 target one year early.

Given the seriousness of the climate crisis and the effects experienced across the globe already, Panera believes it has responsibility to take immediate action to reduce its impact. Therefore, Panera is pursuing the following 2025 short term targets to reduce its footprint:

It is estimated that between both the climate commitments of G20 countries and those of individual companies worldwide, the rate of decarbonization falls well below what is needed to keep warming to 1.5°C2.

Panera recognizes this not only creates a need for immediate action but also to commit to reach beyond net zero, to climate positive. Therefore, Panera is developing a long-term roadmap to reduce its emissions in line with a 1.5°C science-based target, committing to first significantly reduce its carbon footprint and then use credible carbon removal and sequestration projects to reach its goal of becoming climate positive.

“Panera has a long history of making tough, conscious choices about the food system, from serving chicken raised without antibiotics beginning in 2004 to being first to label calories on the menu,” said Sara Burnett, VP Food Beliefs & Sustainability. “With the launch of Cool Food Meals in 2020, Panera recognized the impact of your plate is much bigger than a calorie count; it also has an impact on the planet. As a continuation of our journey, we are committing to our ambitious goal and to work with others in our industry to make this vision for a climate positive future a reality.”

These actions build on Panera’s ongoing efforts to help guests eat with the planet in mind. One year ago, in collaboration with World Resources Institute (WRI), Panera was the first national restaurant company to label Cool Food Meals on its menu—those meals that have a low impact on the climate, making them a delicious way to help the planet. More than half of Panera entrees are Cool Food Meals including guest favorites like the Chipotle Chicken Avocado Melt, Autumn Squash Soup, Fuji Apple Chicken Salad and even Broccoli Cheddar Soup. If, each year, every person in the U.S. swapped 10 quarter-pound burgers with fries for 10 Chipotle Chicken Avocado Melt sandwiches with chips for, given the climate impacts of those items, it would reduce carbon emissions by 77 million metric tons of carbon dioxide equivalent. This change equates to taking more than 16 million passenger vehicles off the road for one year.