Two years ago, National Coney Island replaced its coupon-based advertising program with the new Coney Bucks rewards program, which is built on the Paytronix Rewards Platform. Offering discounts based on frequency and spend, Coney Bucks also collects data that helps the restaurant chain better understand and engage with its guests. To date, Coney Bucks has accumulated 58,000 members, many of whom visit as frequently as three times a day.

"Overall, Paytronix has helped us to increase knowledge of our guests and keep them engaged with both our loyalty program and our brand," said Martyna Nowak, marketing director, National Coney Island. "There's a lot of competition in this area. Coney Bucks further differentiates our offering and makes a positive impact on sales.”

Regarding promotions, last July, National Coney Island celebrated National Hotdog Month with an instant-win promotion targeting two segments to drive desired behavior. First, it gave unregistered guests who visited that month the chance to win a free beverage, fries, or a Coney Combo. These rewards were only made available for redemption upon registration. As a result, registrations for that month nearly double that of previous months, and the increase continued over the following three months.

Next, the promotion also gave registered guests a chance to win and, since the expiration dates on the instant-win rewards were relatively short time periods, when guests redeemed the rewards, it created an incremental visit during the promotion month. Visits for this segment rose 40 percent when compared to the average visit behavior recorded during the three months leading up to the promotion.

Behavioral messaging enables National Coney Island to engage with guests, increase visit frequency and spend, and to explore a variety of offers.

Regarding test and control, National Coney Island can determine which offers will deliver incremental and profitable visits. For instance, a head-to-head offer test was performed between a dessert versus a milkshake. The test proved that the milkshake offer delivers more incremental visits, plus those who redeem a milkshake tend to spend about a dollar more per check than those redeeming a dessert. 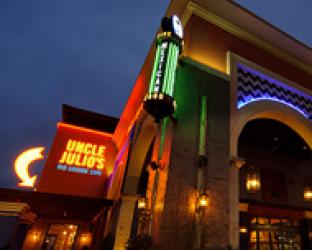