Making the Switch: Converting a Copper Network to Fiber in Six Steps – Part 1

Making the Switch: Converting a Copper Network to Fiber in Six Steps – Part 1

By Michal Christine Escobar - 02/08/2017
Get great content like this right in your inbox.
Subscribe
When hoteliers discuss the idea of installing "fiber optic cabling," they likely have one of two reactions: complete aversion or total acceptance. Like any other technology, fiber does have its pros and cons. However, many hoteliers might be interested to learn that the most common concerns about fiber have been addressed in recent years, making it a viable alternative to copper cabling.

For instance, many hoteliers consider fiber to be a new technology and they are unwilling to be early adopters.  In reality, fiber is not a new technology at all. In the 70s and 80s, telephone companies began using fiber to rebuild their communication infrastructure. And Passive Optical Network (PON) technology has been in use for the past 15 years; it is the same technology as Verizon FIOS which began in 2005.

Another barrier to installation might be that hoteliers remember how difficult it was to wire hotels for the internet in the 90s and then again in the 2000s when wireless became standard. With that in the back of their mind, it might be more appealing to them to continue delivering service over their existing copper network: a known entity. Plus, some hoteliers have likely heard that the cables themselves are fragile. However, fiber is actually stronger and more flexible to work with than copper. Copper cabling tends to be hard, rigid and difficult to install. Fiber has a much tighter bend radius, it can go around corners and bends without any signal degradation. It can even be tied in knots.

But to have a successful transition from a copper cable network to a fiber network requires that hoteliers do their homework. To help in that respect, HT interviewed hoteliers, associations and vendors to create a series of steps that will help guide hoteliers the decision making process. In part one of this two-part series, HT will discuss the first three steps in this six-step roadmap.

Step 1: Evaluate the current system and determine if a switch is necessary.

Before a hotelier decides to switch the hotel's network to fiber, he should first consider what his typical guest requires and expects the hotel to provide. For instance, will the guest expect Internet Protocol television (IPTV) and/or streaming capabilities for HBO and Netflix?

In other words, "understand the type of hotel you are trying to be," says Michel Ducamp, COO, Adelphi Hospitality Group. "Make sure you have a good system, but don't put in too much technology if the platforms the hotel uses don't justify it."

Step 2: Determine when to make the switch.

There are a few specific times when it makes sense for a hotel to switch from copper cabling to fiber. One of those times is if the hotel is already seriously considering pulling out any kind of cable, such as a coax cable for television. Another time it makes sense to consider making the change to fiber is if the hotel is considering upgrading its copper cabling, which typically happens every 10 years, during a remodel.

If a hotel is going to have any type of heavy renovation, the hotelier should use that opportunity to seriously consider ripping out old copper cabling – especially if the hotel is having issues connecting more and more devices within the hotel room or it needs additional bandwidth to its access points, says Patrick Dunphy, CIO, Hotel Technology Next Generation (HTNG).

This was the case for Craig Spitzer, general manager at The Durham Hotel in North Carolina. The hotel was originally built as a bank in the 1960s. To turn it into a hotel, "everything had to come out" and be redone from scratch. It was essentially a new construction project.

"This was going to be the one opportunity to have every wall open and every conduit accessible," he said.

Hoteliers might remember a time when fiber optic cables were very expensive to install. However, in the past 10 to 15 years, quite a bit of cost shifting has occurred, says Mark Haley, managing partner, The Prism Partnership.

Hotels used to pay a premium for technicians with the expertise and equipment required to terminate fiber cables, but now the equipment has become more sophisticated and there are more technicians trained on terminating fiber cables – so the price is much more reasonable and in-line with copper cabling, says David Thomson, CIO, Pineapple Hospitality Group.

"It's no longer that much more expensive to run fiber instead of copper," he adds.

When Thomson was installing fiber in his hotel, he found that cost per foot of fiber cabling to be cheaper than cost per foot of copper cabling. However, fiber does require an end unit in every room, and there continues to be a cost associated with terminating the ends.

"They used to have to polish a fiber end and spend a lot of time on it," Thomson notes. "Now they have a mechanical connection where the process is automated by sophisticated equipment. This has dropped the price of a termination considerably from what it used to be."

According to Jim Hayes, president of the Fiber Optic Association, the cost of fiber optic termination is no more expensive than the cost of terminating copper.

To get an accurate picture of what it could cost, hoteliers must evaluate the price of cabling equipment, ports, and services, just like they would need to do with a copper network. And hoteliers must do their due diligence.

"You pay for ignorance," Thomson says.

With copper, it's very easy to get several quotes quickly, Thomson says. With fiber, however, the prices that integrators charge varies widely.

"I had quotes come in that were double and triple what other quotes were," he notes. "It wasn't until I could use the terminology and talk about fiber with confidence that the quotes started to align better. If I hadn't spent the time learning about it, I could have spent three times what I did."

Installing fiber, however, does in some ways "force" the hotelier to implement an IPTV infrastructure, Thomson says, which could increase costs.

"You no longer have coax going to the rooms, so either you have to convert back to coax or upgrade the TVs since you already have IP going into all the rooms," he says. "It encourages quite a bit of change with guestroom technologies."

Therefore, hoteliers must have a really good knowledge of the entire ecosystem. What type of phones, televisions, wireless access points, door locks and video cameras will the hotel be using? Hotels must know early on anything and everything that will be tied to the network so that the appropriate interoperability testing can occur and issues can be resolved early on.


To read steps 4-6 of this roadmap, please click here. 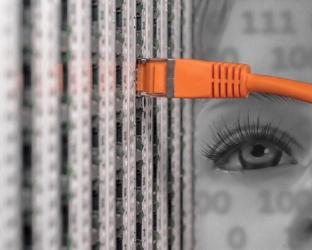 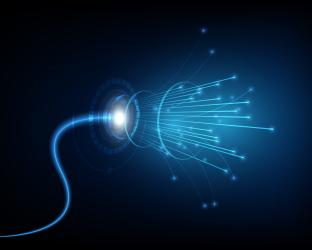