Lodging Technology Study: What 10 Years of Data Tells Us About the Future

What 10 Years of Data Tells Us About the Future

Lodging Technology Study: What 10 Years of Data Tells Us About the Future

From IT budgets to customer satisfaction to predictive analytics, these key takeaways from HT’s Lodging Technology Study illuminate top priorities.

More than 2,000 years ago, Confucius said, “Study the past if you would divine the future.” Centuries of technological progress — including cycles of feast, famine, crisis and opportunity — have proved him right.

Ten years ago, Hospitality Technology and and the University of Nevada, Las Vegas debuted the Lodging Technology Study, the first-ever benchmark report of the lodging technology landscape based on a nationwide survey of hotel executives. Between 2011 and 2020, in any given year, the respondents represented more than 20,000 hotel properties on average.

What can the recent past teach us about our current, unprecedented crisis? Significantly, the decade of data produced by the study is bookended by major economic downturns: The initial annual study was conducted when the hospitality industry was emerging from the Great Recession. Our most recent study was published a few weeks prior to the outbreak of COVID-19 in China, which we now know has sent the U.S. on another bleak economic path. A review of a decade’s worth of data can help us ascertain specific trends that could become incredibly important in the near future.

What can we learn from hotel executives’ perceived challenges and sentiments over the past decade? Each year, hotel executives have been asked to rank the top challenges that hinder their respective organizations’ technology strategies and initiatives. The undisputed “winner” has been the “lack of sufficient IT budget to make the necessary improvements.” Out of the 10 annual studies to date, not having a sufficient IT budget was ranked six times as the top challenge and was always included in the top three issues impeding technology plans and programs across the entire decade.

Takeaway 2: Do Guests Expect Too Much?

During the latter part of the decade, hotels’ IT budgets were on an upswing. However, guest demands for better and more costly technologies — and the associated infrastructure — could be why executives continued to report that IT budgets were insufficient.

“Guests expecting greater technology than can be delivered” was one of the top concerns, and earned the number-one spot three times in the first half of the decade (2013-2015). This particular challenge was ranked as one of the top three concerns six times within the past 10 years but, somehow, no longer registered as a top three challenge after 2017, the same year when “lack of sufficient IT budget to make the necessary improvements” claimed back the top spot among reported challenges.

We expect a similar trend to occur once again, post COVID-19, as guests expect hotels to install technologies that not only improve their experience but also help to keep them safe. However, with budgets possibly taking years to recover from this pandemic’s fallout, guests could once again have higher expectations for technology than what hotels can initially deliver.

Since 2017, we have been asking hotel executives about their perceived competitive advantage across key tech pillars, including overall technology innovation and analytics. Initially, the results were disheartening. Only 11% of the 2017 respondents believed that they had a competitive advantage over others in terms of analytics. This has pleasantly risen to 41% in the 2020 study, but these results still demonstrate that a majority of hotel executives (59%) feel that they are behind the competition when it comes to analytics maturity.

It is nearly impossible for a problem to be proactively addressed if it is not identified in a timely fashion via a variety of data points. Staying ahead of guests’ expectations, of course, requires robust predictive analytics. Over the past four years, the portion of hotel executives who believe having a competitive advantage over others in terms of overall technology innovation has improved from 21% to 50%.

Takeaway 4: How to “Future-Proof” Hotels

Post COVID-19, we should expect to see technologies that enable no contact service interactions — without sacrificing the high-touch nature of services — being quickly embraced. Prime examples of this include technologies that are already being used by a segment of the lodging industry, such as voice-enabled AI technologies, virtual assistants or mobile-apps with built-in chatbots. These technologies reduce guests’ contact with surfaces in the rooms that would normally be considered high-touch (such as remotes, shades and light-switches). Additionally, technologies that could be used to alleviate long waiting lines at the front desk or cash registers at hotel food outlets (restaurants, cafes or markets) will no longer be viewed as solely improving guest convenience but will instead become a matter of guest safety. Likewise, properties that cater to conventions or integrated resorts that experience overcrowding in the elevators may consider investing in access control technologies to minimize the number of guests per elevator car.

In the near term, hoteliers may even have to employ intrusive technologies, such as body-temperature scanning cameras at the entrances as part of their security protocol. Guestroom attendants (GRAs) will have to be equipped with technology (i.e. UV light radiation) that offers protection for themselves as well as the guests. In the long term, we may even see wide-scale adoption of robotics technologies to assist GRA’s with housekeeping chores as well as for providing room-service (i.e. robot-butlers).

The silver lining for emerging technology vendors is that if they can survive the economic downturn of the pandemic’s aftermath, their innovative solutions will have a wider application and likely acceptance in the lodging industry. HT

An evolving industry and service preferences necessitate flexible solutions that are purposeful, proactive and profitable. 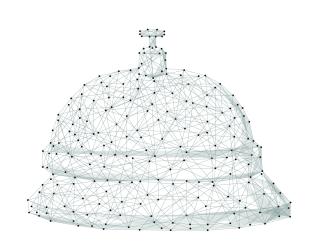 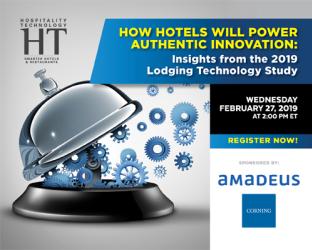 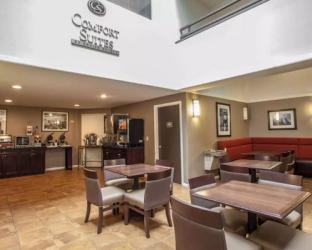